Vermont woman gets 55 months in jail for cocaine 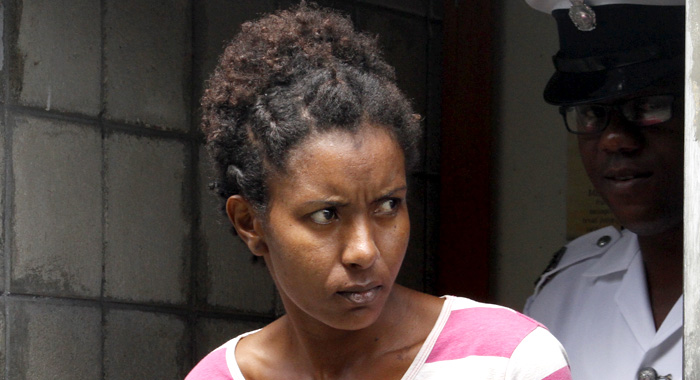 A Vermont woman has been jailed for 55 months in connection with a number of cocaine possession charges.

Jolette Indirah Laborde, 31, a sales clerk, was sentenced on Tuesday at the Serious Offences Court in connection with the charges, which were brought against her on June 11 and Monday, Oct. 16.

In June, the woman was charged with four counts of possession of cocaine, amounting to 501 grammes (17.1 ounces), and one rock of the drug.

At her arraignment, she had pleaded not guilty to the charges and the trial was adjourned to this month.

However, on Monday, the woman was again brought before Chief Magistrate Rechanne Browne-Matthias at the Serious Offences Court in Kingstown, where she was arraigned on two counts of possession of the drug, amounting to 260 grammes (9.2 ounces).

She was jointly charged along with Gaston Browne, 30, unemployed, of Campden Park, who did not appear in court because he was in hospital.

She, however, pleaded not guilty to a charge that on Saturday she had in her possession one 43’ television, one length of green water hose and one box containing 27 AA Energizer batteries, reasonably suspected to be stolen or unlawfully obtained.

Hearing on that charge was adjourned to Nov. 1 at the Layou Magistrate’s Court.

At the sentencing on Tuesday, Laborde’s lawyer, Grant Connell, asked that the hearing on the June 2017 cocaine charges be brought forward and be dealt with at the same time as the charges brought against the woman on Monday.

She pleaded guilty to those charges also.

In mitigation, Connell told the court that his client, a mother of three, was holding the drugs for a third party.

He said that there was a fear factor involved, adding that if the police know what they are going, the woman can be used to catch the larger dealers in the drug.

However, Browne-Matthias noted that cocaine is a very deadly substance, adding that she also could not turn a blind eye to the fact that Laborde is the mother of three children.

The chief magistrate said that the children could mess with cocaine and cause great harm to themselves, including death.

She further said that it seems that cocaine possession has become a norm for the woman.

The father of Laborde’s children, with whom she no longer has a relationship, completed in September a two-year sentence for marijuana possession.