Road repaired after letter on iWN 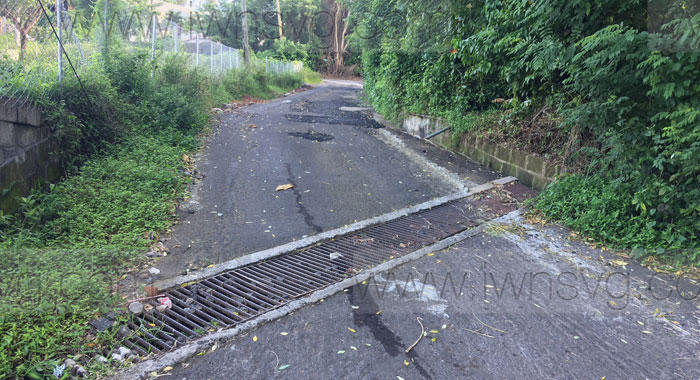 A rehabilitated Jason’s Drive in Pembroke.

Some repairs have been done to a portion of road in Pembroke, South Leeward less than two months after its dilapidation was highlighted in an opinion piece submitted to iWitness News.

In the letter, written by Peter Principle, it was noted that the road remained in disrepair although it leads to several homes and the Technical Mission of the Republic of China (Taiwan) at Pembroke.

“The Taiwanese have generously contributed to relief efforts for disasters, as well as significant funding for road infrastructure. This is a sad reflection of the much touted “gratitude” for 35 years of assistance and friendship. Is this the best that can be done for our “friends”? With friends like us….” Peter Principle said in the Aug. 10 letter.

The portion of road, Jason’s Drive, connects the Taiwan mission and homes in the area to the main South Leeward Highway, near Greaves Marketplace.

The letter writer noted that Jason’s Drive remained in an appalling state although roadwork was carried out within feet of it — the upgrade of the South Leeward Highway.

The writer cited residents as saying the atrocious condition of the road had existed for years, causing considerable damage to their vehicles.

“Despite their self-help attempts at patching it, the absence of a drain on either side of the road in the initial roadwork, plus poor drainage throughout the area, has led to progressive deterioration following torrential rains from the passage of storms, trough systems and tropical waves. Water from the late July tropical wave further gouged out the bank which motorists previously had to resort to driving on, now leaving them a choice between two gullies,” the writer said.