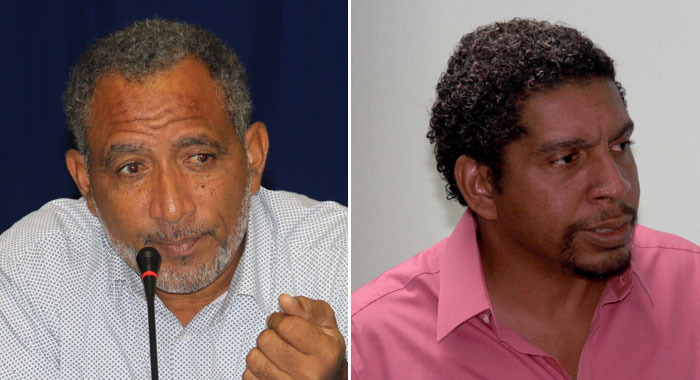 Opposition Leader Godwin Friday says that with the appointment of Prime Minister Ralph Gonsalves’ son, Camillo, as Minister of Finance, the ruling Unity Labour Party is focusing more on succession planning than on the affairs of St. Vincent and the Grenadines.

“What is happening here, it seems to me, is that they are doing succession planning because you’re moving from ambassador to senator to Minister of Economic planning, now Minister of Finance,” the opposition leader said on Friday, hours after Gonsalves reshuffled his Cabinet.

In the reshuffle, Camillo’s former portfolios of Industry, Labour and the Bureau of Standards were passed on to Member of Parliament for South Central Windward, Saboto Caesar, who is seen at the other contender to become leader of the ULP.

Caesar takes on the new ministry, in addition to his responsibilities for   Agriculture, Forestry, Fisheries and Rural Transformation.

Camillo, who is Member of Parliament for East St. George, retained his Economic Planning and Sustainable Development portfolios, in addition to his new assignment.

“This has been said to me in my walks in Kingstown this morning and coming up on the ferry and so on that once you move into the boardroom, the next job is the CEO. So, preparation for making him the prime minister, the next prime minister under a ULP government,” said Friday who last November succeeded Arnhim Eustace as president of the NDP and Leader of the Opposition after 16 years.

“But I think what we in the New Democratic Party, what we in the country want, is to make him the shadow Minister of Finance after the next election, that is what we are working on. That is what I believe will happen.”

Friday said that the transitions in the government have more to do with their party than what is happening in St. Vincent and the Grenadines.

“Right now, we have the tourist season, and the tourist who was assaulted in Kingstown and the implications of that. I haven’t heard any statement being made by the Minister of National Security, the Ministry of Tourism or the Tourism Authority chief, or the Minister of Tourism. But, instead, we have the succession planning taking place and that is taking priority over the essential matters that are affecting the people of St. Vincent and the Grenadines.”

The opposition leader was speaking about an incident in Kingstown on Wednesday in which three youths assaulted a group of about seven cruise ship passengers and robbed one of them of a chain.

“… the tourism sector has had a black eye and nothing is being said,” Friday said.