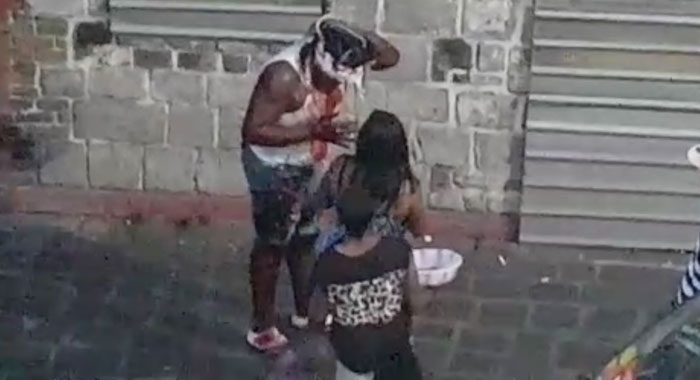 A man, said to be a member of the gay community in St. Vincent and the Grenadines, was taken to be hospital after being stabbed in Kingstown just before 6 p.m. Friday.

A witness told iWitness News that the man was stabbed during an altercation involving three other men in the nation’s capital.

The witness said that the altercation broke out after the man was heckled, apparently about his sexuality.

Kingstown resident Wayne Williams circulated via WhatsApps videos of the aftermath of the stabbing.

In the first video, a modest crowd is seen milling around in the area of the stabling, while in the second, the man, who appears to be bleeding, is seen walking in the direction of the Milton Cato Memorial Hospital.

The man’s head was bandaged, apparently in an attempt to stop the bleeding.

Police from the Rapid Response Unit, a tactical squad, arrives shortly after with their siren blaring and takes the man in their vehicle and leave in the direction of the hospital.

The man’s condition at the time of this post was unknown.