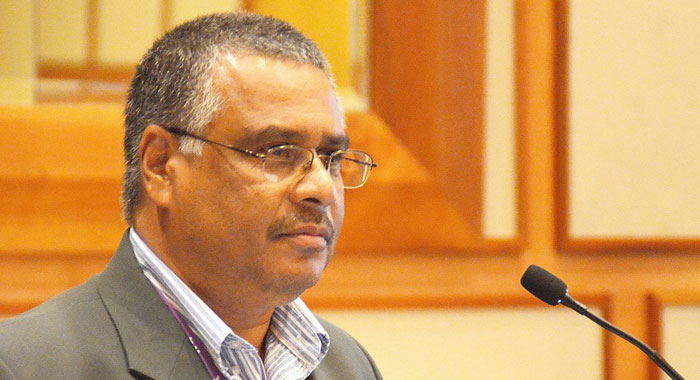 Media workers from Dominica will be among the first regional recipients of assistance from the Association of Caribbean MediaWorkers (ACM) as part of a project to replace journalistic tools lost or destroyed by Hurricanes Irma and Maria in September/October.

Journalists and other media workers from Anguilla, Barbuda, Dominica and Tortola, will be receiving laptops, mobile phones, digital recorders and other equipment.

Roseau. Former ACM General Secretary, Anika Kentish of Antigua and Barbuda, will represent the association at that function.

Media workers from the other islands will receive their equipment over the coming week through a number of other designated ACM focal points.

For this effort, the ACM received financial assistance from Free Press Unlimited — a global media development foundation based in the Netherlands, and laptops from the North American Office of Reporters Without Borders (RSF) and the Gannett Company of the United States.

This project was managed by Julian Rogers and ACM President Wesley Gibbings with assistance from representatives in the affected islands.

“We recognise that this is a limited response and that not all needs of the kind we have sought to meet have been covered,” said Gibbings. “But this is our best shot in relatively uncharted territory for our organisation.”

“I also want to pay tribute to the work of Julian Rogers for keeping on top of things and ensuring that this assistance reaches journalists who suffered serious losses as a result of the hurricanes,” he added.

The ACM had initiated a journalistic series in collaboration with the Caribbean Broadcasting Union/Caribbean Media Corporation immediately following the hurricanes highlighting the work of journalists and other media workers in the affected countries.

It is working on convening a symposium early in the New Year to consider the development of a protocol to guide the work of journalists before, during and after such events. This is to be done in collaboration with major stakeholders such as the CBU and the Caribbean Disaster Emergency Management Agency.