Man swims out to sea in attempt to evade capture 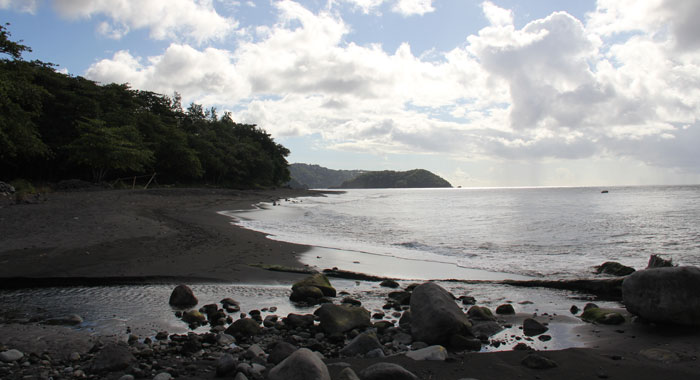 A Chateaubelair man who swam out to sea in an attempt to evade police capture could not escape an EC$7,500 fine after pleading guilty on a marijuana possession charge.

Chesley Jobe, who is originally from Mesopotamia pleaded guilty to possession of 5,902 grammes of marijuana when he appeared before Chief Magistrate Rechanne Browne-Matthias at the Serious Offences Court on Monday.

The court heard that on Dec. 8, about 2 p.m. Police Constable 139 Baptiste headed a party of Rapid Response Unit personnel on mobile patrol in the Richmond area.

While driving along the Richmond public road, they saw the defendant walking with a pink and black backpack.

The court heard that the defendant appeared to have seen the police officers and turned toward Richmond Beach.

The police officer alighted the vehicle and gave chase. The defendant then went into the sea, took off the backpack and continued to swim.

Baptiste went into the sea and retrieved the backpack and the police waited on the beach until Jobe swam back to shore.

When cautioned, Jobe told the police, “Officer, that is weed for me and me partner.”

In mitigation, Jobe asked the court not to send him to jail, saying that has a 3-month-old baby to take care of and things are very rough, hence his possession of the drug.

Chief Magistrate Rechanne Browne-Matthias asked him how he would pay the fine in light of his complaints that things are rough.

The magistrate further told the accused that jail is probably the option in light of his financial circumstances.

She further noted that the defendant had given the police officer a lot of trouble by swimming out into the sea.

“You didn’t know he from up north. They have rough water up there,” the magistrate said of the arresting officer, who had swum out into the sea.

The magistrate comments were in reference to Baptiste’s origin in north-eastern St. Vincent, where the seas are especially rough, the currents strong and unpredictable, and residents are generally strong swimmers.

She further noted that the defendant had wet down himself and put himself into an unnecessary discomfort by having to be arrested in wet clothes.

“Anyway, I guess you wanted to evade custody,” the magistrate said.

She told the accused that what he had was a lot of marijuana and that she couldn’t let that slide at all.

Browne-Matthias, however, said that she is not considering a custodial sentence, noting that the defendant had pleaded guilty at the first opportunity.

She, however, said that she would impose a hefty fine, which would require him to pay a big portion on that day.