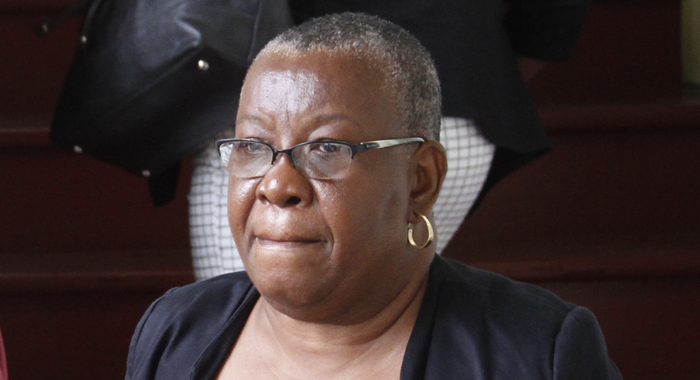 Lawyers for the respondents (government) in the two election petitions currently before the court spent the two days of hearing last week trying to convince the court that in some instances, the petitioners (opposition) have no evidence of wrongdoing and are, therefore, on a fishing expedition.

Senior Counsel Douglas Mendes, the lead lawyer for the government in the matter, made that case as he tried to convince the High Court that it should not grant petitioner Ben Exeter’s request to inspect ballots and other documents used in Central Leeward in the December 2015 elections.

The respondents’ legal team has tried to convince the court that the efforts of the petitioner to inspect some of the ballot boxes amount to a fishing expedition since, on the face of it, there is no evidence of anything untoward having occurred.

They advanced this argument to the court even as they try to work around Supervisor of Elections Sylvia Findlay Scrubb’s Dec. 21, 2015 affidavit, in which she suggested that ballots were pre-printed with the official mark — contrary to law — a statement she later withdrew, saying she had made a mistake.

Mendes, who is representing Findlay-Scrubb in the matter, noted that all parties are agreed that the ballots in one polling station were defective, as reflected by the presiding officer, Winston Gaymes, in his affidavit.

The lawyer, however, said that while the petitioners have pleaded that all the ballots were pre-printed with the official stamp and, in some instances, the official mark was printed on the counterfoil, the only evidence they have presented to substantiate this is Findlay-Scrubb’s affidavit.

“More particularly, they rely on things that were said in affidavit in opposition to the pre-petition application for inspection, which failed,” he said, referring to a motion to inspect election documents, which the court refused in December 2016, when the matter was being heard before Justice Brian Cottle.

In June 2016, Justice Cottle dismissed the petitions as improperly filed, but, nine months later, the Court of Appeal reinstated them, saying that there was apparent bias in the judge’s decision.

The court remitted the matters to be heard before another judge, and Justice Esco Henry is now presiding over the matter.

Continuing his argument before the court last week, Mendes said that in their affidavits, Findlay-Scrubb and Gaymes,  “both suggested that the ballot had the official marks printed on the counterfoils.

“So what is being suggested, in other words, M’lady, is that the ballots came from the printer with the official mark already on them. And if that was so, M’lady, clearly that would be contrary to the rule 31, which requires the stamp to be put on when the voter approaches the presiding officer to get a ballot.

“So the issue that is being raised, therefore, is whether these ballots had the stamp pre-printed on them, whether they arrived at the polling station already printed.”

He said the election officers have said on oath that they made a mistake in their original affidavits and fairly after the petition was filed, “the Supervisor of Elections appreciated the mistake and wrote to her lawyer asking that it be corrected”.

In opposition to the first motion to inspect the ballot boxes — which was filed before the petitions were lodged, Findlay-Scrubb said on oath in a Dec. 21, 2015 affidavit:

After the petitions were filed, Findlay-Scrubb wrote to her lawyers saying she had made a mistake.

The election chief, therefore, asked to amend that part of her testimony to read:

“There is also the allegation that some ballots did not have the official mark. This is accurate. All ballot paters used by Presiding Officers were stamped with the official mark as required by law. What however I noticed when I participated in the final count in North Leeward was that in very few instances the official mark was stamped in part on the counterfoil.” (Original emphasis)

Mendes told the court that in her opposition to the motion to inspect the election documents that the court is currently considering, Findlay-Scrubb, in her affidavit, has gone in [to] great detail as to the procedure that was followed for the printing of the ballots.

“… she gave no one any instruction to print the official mark on the ballots at all, that she inspected the ballots herself at the printer and it was not there, she saw the ballots after they came from the printer and the official stamp was not there. She said all of these things so that is the evidence that you have and that evidence is not contradicted by any evidence on the part of the petitioner and there was no request for cross-examination,” the lawyer said.

But the respondents have another legal hurdle over which to climb: the evidence of the presiding officer, Winston Gaymes.

In an affidavit sworn in opposition to the December 2015 motion to inspect the ballot boxes, Gaymes said:

But the Supervisor of Elections attempted an explanation of this admission in her sworn statement, and concluded by imploring that:

“I wish to add that the only ballots I saw after the election were the ones at North Leeward where I was present and assisted with the Final Count. I have not seen any other ballots in or from the other constituencies since the election as the ballot boxes are and remain sealed and secured. It was at this count in North Leeward that I observed a few instances in which the official mark was stamped partly on the ballot and partly on the counterfoil. There were no ballots in North Leeward with the official mark printed on them.”

Election officials say that the Unity Labour Party of Ralph Gonsalves won the vote by taking eight of the 15 parliamentary seats for a repeat of the December 2010 general election results and a fourth consecutive term in office.

Justice Henry will deliver, in January or February 2018, her decision on whether to grant inspection of the ballot boxes in Central Leeward.