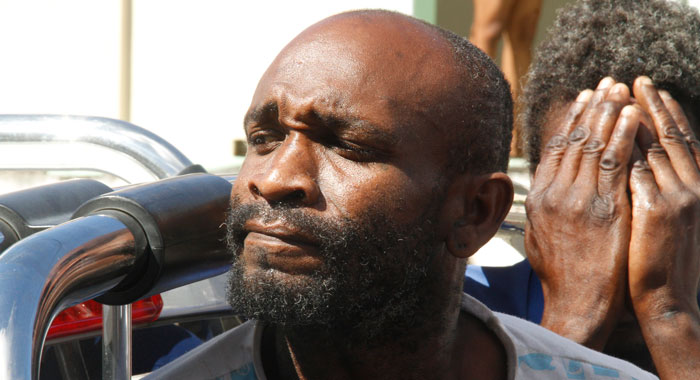 The accused man, Kendal Baptiste, after his arraignment in December. (iWN photo)

A man accused of stealing four floor mats from a Kingstown business will spend the holidays in prison.

On Monday, Magistrate Bertie Pompey remanded Kendal Baptiste of Long Wall to prison until Jan. 5, 2018, when he will be tried in connection with the theft of four floor mats.

The defendant pleaded not guilty to the charge.

The magistrate asked the prosecutor if the facts of the matter suggested that the alleged crime was related to the increased commerce during the Christmas season.

On hearing that was the case, he immediately denied the accused man bail.

“I does work, your honour,” the man said in a fruitless protest as he was ordered to stand down.