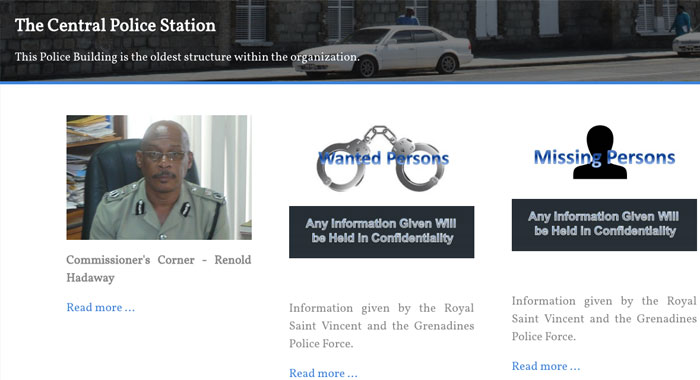 The Royal St. Vincent and the Grenadines Police Force (RSVGPF) has its official website, as part of its quest to foster and improve upon its working relationship with members of the public.

The web address is rsvgpf.gov.vc.

Delivering brief remarks during the ceremony, acting Commissioner of Police, Renold Hadaway, said that he was pleased that the RSVGPF finally has its own official website.

The commissioner went on to said that the website is another initiative by the police to communicate with all of its stakeholders.

He further said that it is his hope that this new form of communication will assist in “bridging the divide” between the police and the public.

The commissioner encouraged persons to visit the website and interact and share information with the police that will make our communities safer.

Police Constable 604 Stapleton, the website’s administrator, also gave the audience an overview of the website.