When I was fired, I created a job 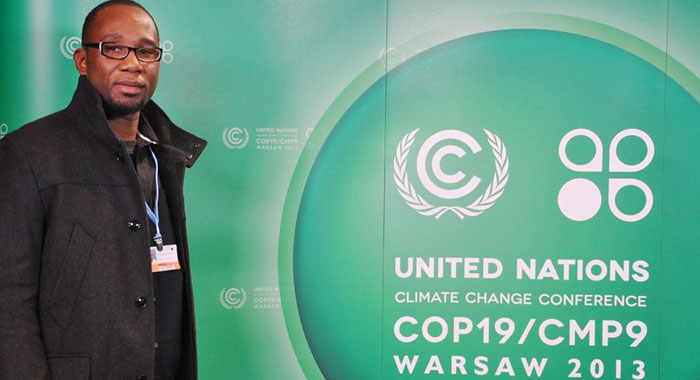 Today marks five years since I was given a letter of dismissal from the last job that I held in “mainstream” (traditional) media. No reasons were given and I was hounded out of the organisation like a criminal, while my departure was celebrated by some of my former colleagues who were later dismissed for actual criminal actions and another who is actually facing prosecution for alleged criminal actions.

Two close friends of mine, one of them a university colleague, also celebrated my dismissal, albeit for more wholesome reasons.

I was not completely surprised when I was terminated. I was only surprised that it came when it did — less than 24 hours after producing my last edition of a publication for which I had editorial oversight. Just two weeks earlier, I had confided in a colleague my intentions to quit. That person dissuaded me.

And it was good that they did. When I was fired, I was given a cheque for EC$10,000 in lieu of notice — after just six and a half months on the job. Had I resigned, I would have left totally empty handed.

This is not a post about the circumstances that led to my dismissal. I cannot speak authoritatively about those circumstances because the simple truth is that I do not know, nor do I any longer care. I was simply told, “This relationship is not working out. I am sorry, but we have to let you go.” Further, for me, that is passé and warrants no rehashing as things have worked out nicely for me, my world has expanded and I stand often in the corridor of professional fulfilment.

This is a post about the good things that can come out of “bad” developments, depending on one’s reaction to them.

When I joined the traditional media organisation from which I would be fired, I had invoked a hiatus for this very website on which you are now reading: iWitness News.

I did so after three full years of building the site, while as a student in Taiwan, to the point where it had become a household name in St. Vincent and the Grenadines. (It is funny that I said it was a household name then. What should I call it now?)

One day before I was fired, I was offered an opportunity to work for an international media outlet.

One day after I was fired, I was offered an opportunity to work for a regional media outlet.

I rejected both offers. I also rejected offers to join other local media entities.

I had had enough of building other people’s dreams, of being boxed-in, contained, “toned down”.

And so, that afternoon when I was fired, I went to the Community College, as planned, and delivered a guest lecture on “Ethical Considerations For New Media”.

Then I went home and reactivated iWitness News.

Many persons might not immediately remember, but it was iWitness News who broke the news about the extent of the devastation of the 2013 Christmas floods.

It was iWitness News that ensured that our missions overseas knew what was going on in the country, as our diplomats tried to lobby allies for assistance.

In the meantime, my former workplace has sent out its pack of reporters, collecting information for a hard copy publication, distributed one week later, to which they tied an earlier and by then, dated edition of their publication, ensuring sales rather than ensuring that citizens were informed when they needed it most.

If I had not been fired in February of 2013, I would have definitely resigned in December.

When I was dismissed, some persons encouraged me to sue — if only for public relations going forward, they said. I took public relations to mean to act in defence of my professional integrity. However, I thought and acted otherwise. Why would I have done that when I was rid of a much less than holistic relationship that was definitely not in my long-term interest; a relationship in which one of my workplace superiors could not resist the urge to tell me “ I am not threatened by you”?

In the five years that have passed, iWitness News and Kenton X. Chance, both as a brand and as an entity, have grown meaningfully. It has been a very exciting and rewarding journey.

And, as I reflect on the last five years, I am so happy that when I was fired, rather than applying for a job, I created a job.