Gonsalves presents himself as born to be PM 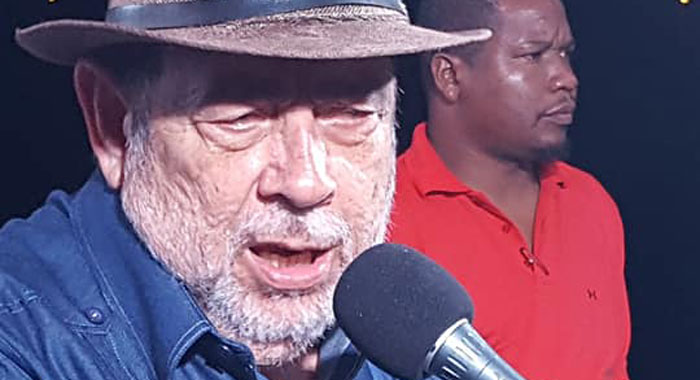 Prime Minister Ralph Gonsalves on Saturday presented himself as having been born to be Prime Minister of St. Vincent and the Grenadines.

“You see, when I was chosen for the vocation which I now have, Almighty God must have known it from the time I was in my mother’s womb,” he told a rally in Arygle to mark the first anniversary of the Feb. 14, 2017 opening of Argyle International Airports.

“And when I’m a young man growing up and I see that I am the only boy from Colonarie school able to pass the Grammar School exam in 1958 to go in there in 1959, where 30 of us were taken in and only five come from leeward and windward, the rest from town and the surrounding areas, as a young boy, I said, ‘If ever I am given the opportunity, every single 12-year-old will find themselves in a secondary school,” the prime minister said.

Gonsalves’ Unity Labour Party administration in 2005 implemented its universal access to secondary education policy, which sees every Grade 6 student advancing to a secondary school regardless of his or her performance in the requisite examination.

“As a young man, I would walk from Colonarie and going up over Rabacca and I would talk to people in Orange Hill and Overland and Sandy Bay and they will say if God would only bless us with somebody who would build a bridge over the Rabacca River. I said, ‘If ever almighty God raise me up from where I am now, I will build it.,” said the prime minister, whose government also built a bridge over the treacherous Rabacca Dry River.

30 replies on “Gonsalves presents himself as born to be PM”