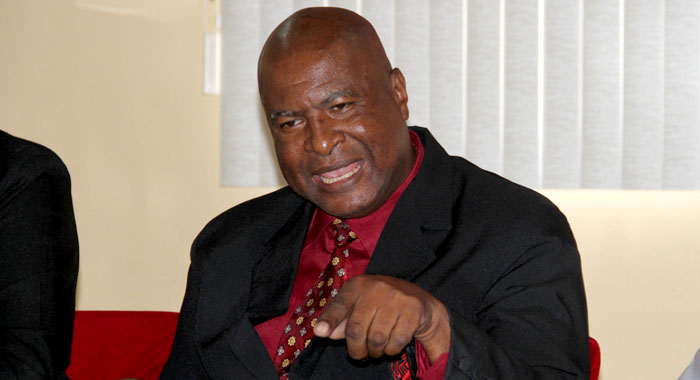 President of the Teachers’ Union Oswald Robinson is pleased with his stewardship within the organisation over this six-year, two-term stint, which ends next week.

“It has been good, very exciting,” he told a union press conference in Kingstown on Monday.

“We were able to move the union from in the gutters, in the valley of the shadow of death up as a beacon on a hill and giving representation,” Robinson said when asked to reflect on his stewardship.

He said the union’s public relations programme “has been excellent”.

“We were able to show to the authorities the real mettle that a trade union is made out of. We went through the fire and came out as fine gold.”

He said that one of the reasons why the government set up the minimum wage committee was because the union highlighted the minimum wage as being the lowest in the Organisation of Eastern Caribbean States.

“We were able to show to the whole nation that we were paying the most taxes and even paying taxes on items that other Caribbean countries were not paying on.

Robinson said that his executive has been able to show that teachers have become poorer.

“That’s why we asked the government for an increase in 2017 and [they] never responded. And that’s not good for industrial relations.

“If you really love the worker, you would be willing to sit around the table and negotiate with the workers representative, which is the trade union.”

He said that his team highlighted the deplorable condition at a number of schools, two of which had to be closed.

“So that era was exciting. Very exciting. A lot of things came to the forefront. We stood up and we pushed all the partisan politics aside and we maintained our focus and we advocated for appointments, health and safety in schools.”

He said that when the Occupational Health and Safety Bill was being discussed, the union went to the negotiations and told the government that they could not have national legislation relating to workers and teachers are not covered.

“And we made our input in that bill and it went to the House [of Assembly].”

He, however, said that the union still has its concerns about the Education Act, adding, “That’s another battle we have to fight, because there are no rights in it for teachers.

“This executive has worked,” said Robinson, who, along with Sheri Edwards, will vie to become the union’s general secretary in elections on Tuesday and Wednesday.