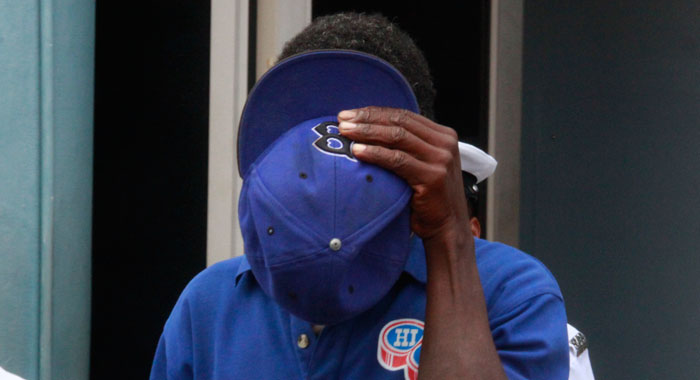 House burglar Daniel Nero uses his hat to hide his face as he is led away to prison on Tuesday. (iWN photo)

A Murray’s Village man who burglarised a home in the Central Kingstown community has been jailed for four years.

Senior Magistrate Rickie Burnett handed down the sentence on 35-year-old Daniel Nero at the Kingstown Magistrate’s Court on Tuesday.

He told the man that once convicted of burglary, a defendant has with him a “10 out of 10 chance of going to prison.

“Four years, in prison,” the magistrate told the man, who is a first time offender.

The defendant had burglarised a house in Murray’s Village, stealing two bags of groceries, a laptop computer and a music box.

He told the court that he committed the crime because he had not got paid and thought that he would have found food there.

The magistrate said he understood the explanation about the food, but noted that the man had stolen other items also.