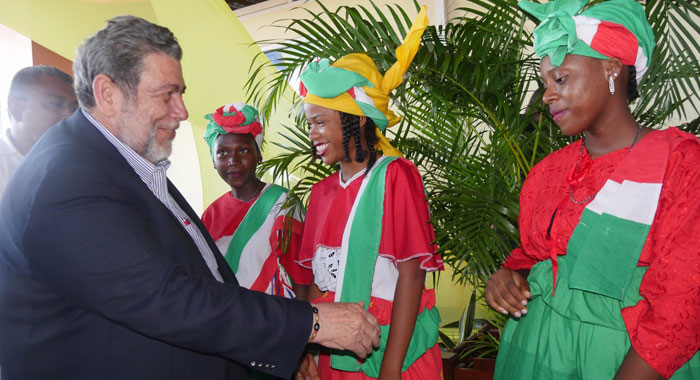 PARAMARIBO, Suriname — Ralph Gonsalves, prime minister of St. Vincent and the Grenadines, wrapped up a four-day official visit to Suriname over the weekend.

“It is a state visit to exchange ideas and to discuss agreements we have made within Caricom. There are also issues we wanted to discuss privately, of course, concerning the Caribbean. Because sometimes there are bottlenecks,” Bouterse told local journalists.

He mentioned the problems that a Surinamese producer is experiencing in exporting Surinamese duck meat to Trinidad and Tobago.

“As a government, we encourage and stimulate entrepreneurs to invest, but when they have produced, they can not get their products on the markets in the region. Therefore, as CARICOM leaders we have to talk about these issues. We have to determine these kinds of things within laws and regulations. There is still a lot of work to be done,” Bouterse said.

Among the several issues the two leaders discussed were cooperation in the field of agriculture, trade and foreign investments in the CARICOM member states.

On Feb. 23, the Permanent Council of the Organisation of American States (OAS) adopted the Resolution on the Latest Events in Venezuela.

The resolution called on the government of Venezuela to reconsider its decision to advance the date of the presidential elections to April 22, 2018 and to present a new electoral calendar that enables the carrying out of elections with all necessary guarantees of a free, fair, transparent, legitimate and credible elections process.