Police chief thanks public for its support against crime 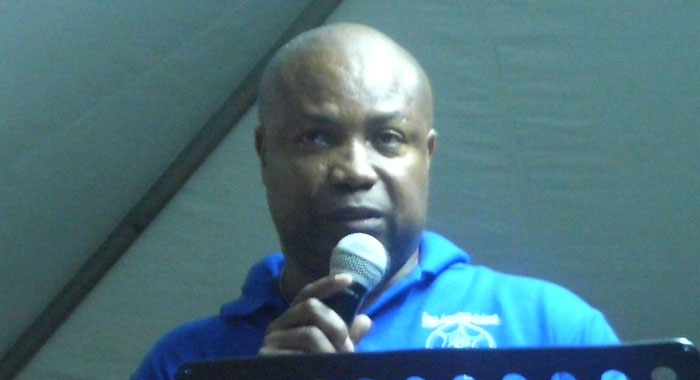 Acting Commissioner of Police, Colin John, has expressed thanks to the public for its support of the Police Force’s crime-fighting initiatives.

John expressed his gratitude as well to parents across the country for having confidence in the police and other law enforcement agencies when their children are in the care of representatives of the police force and other agencies.

He was at the time delivering the feature address at the Pan Against Crime Programme’s 10th-anniversary celebration at the South Rivers Playing Field on Sunday.

“Prevention is better than cure is an old adage, but true adage. When we prevent our youths from getting involved in crimes, we are not only making our job easier, but we are making the society safer,” John said.

John explained that initiatives such as the Pan Against Crime programme serve as additional tools in the police crime fighting kit.

He said the Pan Against Crime programme goes a long way in providing employment, but also assists in achieving several sustainable development goals such as providing good health through exercise, quality education as the participants engage in a positive extra curricular activity, peace and justice along with strong institutions and also the reduction of crime.

“As police officers, we have a vested interest in preventing crime,” said Commissioner John as he listed the several crime prevention programmes being run by the Police Force in conjunction with its partners.

The commissioner used the opportunity to thank Police Constables 246 Delano Bristol, 141Stefano Billingy, 779 Roland Webb, PC 875 Kenjhiro Wilson, and 956 Akeem Cadougan, who teach students in the various schools across the country to play the pan.

The commissioner concluded his address by reassuring the large gathering that the Police Force is doing everything within its powers to prevent, detect and control crime.

“It is my hope and that of the Police Force that we are doing all within our powers to ensure that this Pan Against Crime programme enjoys perpetual existence,” Commissioner John further stated.

Meanwhile, in his remarks, Prime Minister and Minister of National Security Ralph Gonsalves said the country would have had more difficulty if programmes like Pan Against Crime and other crime prevention initiatives did not exist.

He praised local leadership at the grassroot level for contributing to the successes of the Pan Against Crime programme.

“Where the programme is the strongest is where we have good local leadership,” Gonsalves said, adding, “We can provide the framework, mechanism and resources, but you have to own it.”

He announced that 840 students are involved in the Pan Against Crime Programme at 10 schools. One hundred and ten (110) of those students benefitting from the programme are from the community of South Rivers.

Chair of the National Commission on Crime Prevention (NCCP) Lateisha Sandy also delivered remarks at the event. Sandy said 10 years is no small feat to be running a crime prevention programme and against this backdrop the Pan Against Crime Programme should be applauded.

She said while people speak of crime fighting as solely the job of the government or the police, crime, on a whole, are perpetrated by the public, and as a result everyone should play a role in contributing to preventing crime.

Sandy challenged the public to respond to her call to action to play a role in fighting crime even though that role may be as simple as reporting a crime.

The event was lively as the celebration was marked with praise and worship by the police band and churches in the community. It also had guest performances by artiste Shaunelle McKenzie, Winfresh South East Steel Orchestra, and the Police Youth Clubs.

The Pan-Against Crime initiative, the brainchild of Prime Minister Gonsalves, was launched on Feb. 20, 2008, as the Government looked at ways to combat the 2007 upsurge in violence and crime.