Kittitian in Taiwan writes ‘Being Black in Asia’ book 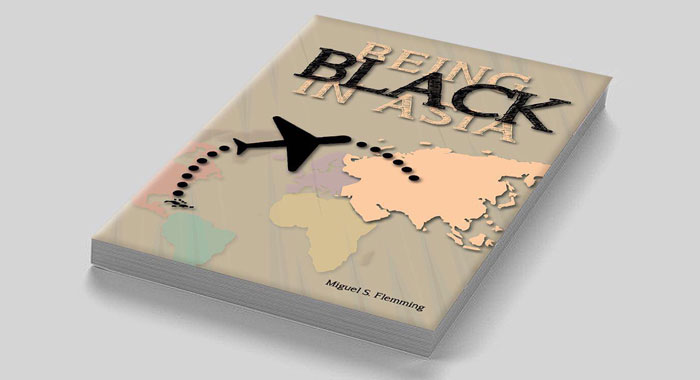 Kittitian, Miguel Flemming, 28, who is studying in Taiwan, has written and recently published a book on his experiences living in the Asian nation.

Flemming said that his book, “Being Black in Asia” was written to show how important it is to understand the way other cultures live, and the importance of teaching people about who they are and where they come from.

“Not understanding certain cultures, their gestures, actions and words can result in many conflicts and misunderstandings,” Flemming said, adding; “Communicating with and understanding each other are most important.”

He said he hopes his book would be an aid for others to learn how to show compassion and truly care about others, irrespective of skin tone, hair, or dialect.

Flemming said that being black in Asia comes with many challenges.

“I felt like the only way to respond without facing severe consequences was to write a book to talk about my experience of being black in Asia,” he said.

He said he didn’t write his book to say, ‘Do not come to Asia’, but so that others won’t be caught off-guard.