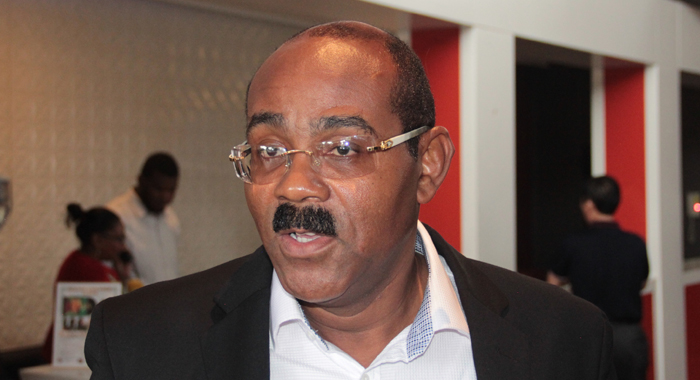 Prime Minister of Antigua and Barbuda, Gaston Browne said he had discharged his duty to the nation. (iWN file photo)

The main opposition New Democratic Party (NDP) in St. Vincent and the Grenadines, on Thursday, said it extends “wholehearted congratulations” to Prime Minister Gaston Browne and the Antigua and Barbuda Labour Party (ABLP) on their electoral victory on Wednesday.

The ABLP was re-elected to a second consecutive term in office, winning 15 of the 17 seats, one more than it held in the last Parliament.

The NDP said that its president Godwin Friday, who is also Leader of the Opposition, called Browne on Thursday and “congratulated him on the ABLP’s decisive victory and wished him and his government well on their renewed mandate to govern Antigua and Barbuda”.

The NDP cited Friday as saying that Browne’s decision to call early elections – 15 months ahead of schedule – “took a lot of courage and demonstrated confidence in the performance of his government in meeting their promises to the people of Antigua and Barbuda”.

Friday is further quoted as saying that this is “another victory for democracy in the Caribbean”.

“We wish Prime Minister Browne and his Government continued success in delivering for the people of Antigua and Barbuda,” the NDP said.