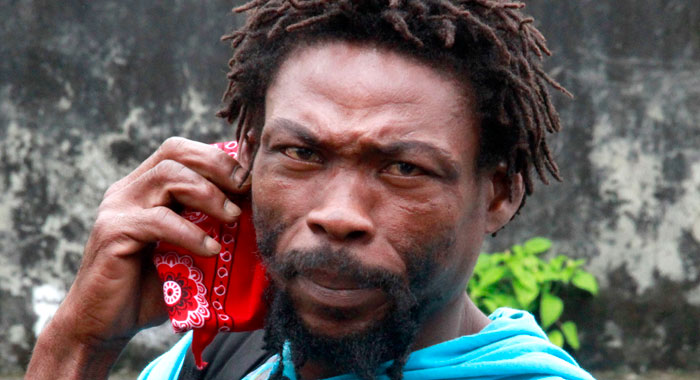 A Fitz Hughes man who damaged a 40-inch television when he discharged an unlicensed shotgun in the North Leeward Village on Sunday will be sentenced today (Wednesday) on gun and ammunition possession and other charges.

On Monday at the Serious Offences Court, in Kingstown, Jeremiah Ashton pleaded guilty to charges of possession of an unlicensed Yildiz 12-gauge shot gun, serial number unknown, and six rounds of 12-gauge ammunition at Fitz Hughes one day earlier.

The man also pleaded guilty to discharging the firearm in a public place within 100 yards of the public road.

He further pleaded guilty to a charge that on Sunday at Fitz Hughes, without lawful excuse he damaged one black 40-inch Samsung television, value EC$4,000, the property of Calville Harry of Fitz Hughes and was reckless as to whether such damage would occur.

The man also pleaded guilty to a charge that he entered into Harry’s yard with intent to commit the offence of assault.

The court heard that about 5 a.m. on Sunday, Harry made a report to the Chateaubelair Police Station regarding damage to his television and discharge of a firearm at him.

Police Constables Horne and Bowens of the Chateaubelair Police Station responded to the report.

On arrival at Harry’s home, the complainant showed and handed over to the police the damaged television.

Ashton was arrested and taken to the Chateaubelair Police Station, where he told the police officers that he had a gun but had handed it over to the police.

After further questioning, the police went with the defendant near a river in Fitz Hughes, where the defendant said he had put the firearm in some bushes.

However, nothing was recovered there.

When he was further questioned, Ashton told the police, “Officer, me give the gun to a man to hold.”

This information led the police officers to an area of Richmond called “Hog Hole”, where they met one Abdon Stapleton, who told police that the defendant had given a gun.