The resurrection calls for a more mature perspective 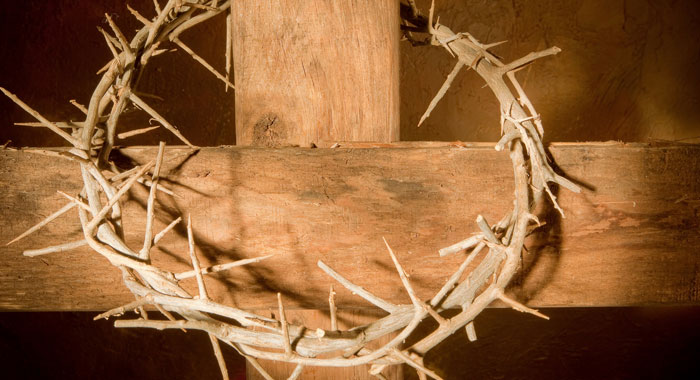 “Up from the grave he arose, with a mighty triumph o’er his foes” This is something of an Easter theme-song or anthem. There are many who feel an Easter worship service isn’t complete without this militant and triumphant hymn. Why does this hymn resonate? What does this hymn mean for us as believers when so much evidence of defeat and demise encircles us? Have you ever wondered what this Jesus message really means, and what was his real impact on this world that continues to spiral? Have you ever wondered; if the resurrection story, a story of victory, is central to the message of Jesus why are believers surrounded by so much defeat, battle after battle fought and ‘lost’. This type of reflection can easily take you back to the milieu the of the psalms; which, when you read them you see the evidence that the writers were burdened with the overwhelming presence and impact of evil; “hy does the wicked prosper” “why do the heathen rage” “How long with the wicked exult”?

None can doubt that millennia later we still are surrounded by an overwhelming presence of evil and wickedness which can have a somewhat intimidating impact nudging towards defeatism and hopelessness; for many, the principle lived by is “if you can’t beat them join them” while others in askance say; “what’s the point…!” How easily it is for the cries of the psalmist to resonate.

In our global village there are many developments that may leave some bewildered and perhaps turning back to the psalms for a familiar voice; the rise of Trump, the continued mass shootings, more and more evidence that racism is current and not past, Russia flexing muscles, Boca Haram, Isis, climate change, increased waste and excesses, a kind of opulence that reminds of the increased divide of haves and haves-none, increases in crime and violence and so much more.

Our St. Vincent and the Grenadines, land of the blessed, has not been inoculated from this temptation to defeatism and the kind of bewilderment that finds voice in the Psalms — whether the stimuli are real, imagined or perceived. As we negotiate the varieties of experiences, some of which create concern and anxiety, our struggle is also often complicated by the problems of misinformation, no information, or convenient information. Our excessive diet of talk shows and call-in programs along with political “spin doctors” have contributed to our people being often all too quick to believe, slow to research and finding little value in the old adage “tek time kill ants, yo’ go find the guts.”

How are we to negotiate and navigate the myriad of challenges that continue to face us as a nation? Are the Christians ostriches who are singing triumph and telling a victory story when so much is wrong and the wicked continues to prosper? Is the resurrection message a feel-good opiate which lacks realism? Certainly not! What we need in our nation is a kind of maturity and wisdom that discovers the depth of insight in the Easter Story and provides us with a path which embraces the promise of the Sovereign to work all things together for good to those who love Him. This means we cannot be superficial and trivial in our analysis of and approach to the issues. We cannot be purely parochial and partisan in our pursuits. Rather the Easter story challenges us to look not simply at the proverbial bigger picture, but at the divine picture, that is, to deliberately endeavour to discover God’s view, God’s perspective on the issues that confront us and the visible presence of evil and decay while embracing the self-sacrificing, redemptive path of the redeemer. To search for the divine wisdom in a narrative where ‘Easter’ is surrounded by so much wicked and evil yet not overcome by it. This divine, mature perspective was reflected in the observations of the psalmist “the wicked sprout like grass and all evildoers flourish… [but] the righteous flourish like the palm tree.” Such an approach empowers our engagement of national issues and conjures a more healthy and productive endeavour.

It is our interest in a different and more mature approach that informed our concerns as we observe several issues and how they have been approached. Often the approach to issues of national interest have been in a manner that has reflected an immaturity or misguidedness that is unhelpful and unhealthy. We believe, for example, that our politicians could have handled the vote of no confidence with greater maturity especially as we negotiate the often-manipulated spectrum between the letter and spirit of the law. This matter does have implications for the confidence in and practice of our democracy and as such we believe there is wisdom in formally seeking the counsel of OECS Court of Appeal in this matter as we use this as a learning tool to shape the landscape of our House of Assembly.

We have also been concerned that the recent rhetoric of interest in women’s rights and well-being has not been sufficiently mature, holistic, honest and inclusive, lacking consideration for all the women affected; whether in the initial display of abuse or in the subsequent turn of events. We are concerned that too often women are tools of exploitation and convenience even in the name of advocacy. It is important that interest in the rights and wellbeing of our women is responsible and holistic and therefore including matters such as businesses’ use of the woman’s body as a marketing tool (whether in person or on posters). The physical, emotional and psychological abuse of women and girls by ‘respectable men” and other males in our society, the continuous sexualizing of our women in various media, often justified as culture must form part of any mature and responsible conversation that genuinely pursues the rights and wellbeing of our women.

This matured perspective of which we speak challenges us to seriously consider a developmental narrative that is not a carbon copy of other More Developed Countries (MDCs) or imported from the North. Rather it demands that we see ourselves legitimate people of God who have legitimate access to the wisdom and word of God discerning God’s will for us as a nation — in and of ourselves and as a nation that is part of a region and a global village. The kind of maturity that resists passionately the ‘universal’ narrative of ‘money run things’ where our decisions and policies are governed primarily by economic value. Where our tourism product recognizes the difference between SVG as having beaches and being a beach — communicating an expected respect for our values, which are not for sale. Where our conversation on medical marijuana is a conversation willing to be honest about the benefits but also about the disadvantages and the challenges our small island state can face in mitigating against such.

It is this mature, divine perspective that informed the Messiah, leaving heaven, becoming mortal, suffering rejection and the trauma of the cross. Surrounded by so much wrong and wickedness he waited for three days in the darkness of the grave confident that on that Third Day a new day will dawn because the sovereign God is the architect of his future and while much of the world will wake as they did each preceding day, he knew a seed was sown in history that will change millions of lives and keep humanity from self-destruction. The resurrection did not eliminate the world’s darkness but it certainly illuminated the darkness of millions of lives. How easy it is for us to see only the presence of evil and not the hand of the sovereign shaping a redemptive narrative in the midst of evil. How easy it is to look around and not look up. A looking up that informs a different attitude and approach to the issues which surround us, empowering us to be holistic, patient, collaborative, optimistic, less self-serving, superficial, premature, parochial and enabling us to sing authentically — up from the grave he arose with a mighty triumph o’er his foes.

One reply on “The resurrection calls for a more mature perspective”