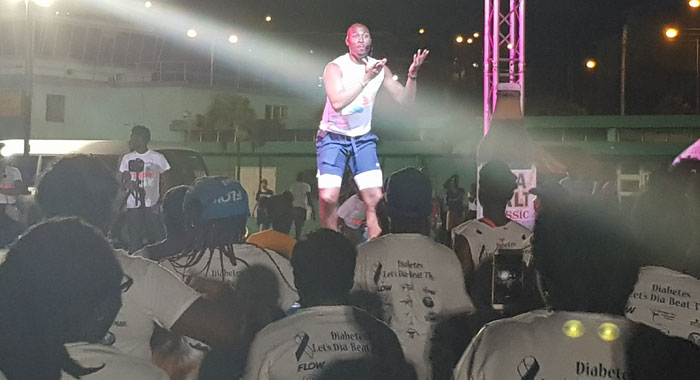 Members of the BeFit Movement team are celebrating the success of the Sagicor BeFit 5K run and the Flow Dance 2 Fitness road edition.

The event was organised to raise awareness about childhood diabetes and saw the participation of over 1,500 persons on Saturday.

The event was comprised of two components: a run, from Blue Lagoon in Ratho Mill to the E.T. Joshua tarmac as well as the Dance 2 Fitness Edition, which was held in Arnos Vale and also saw the participation of over 20 schools.

Organiser of the event, renown coach Lindon James said it was significant to have the schools’ involvement as it is a way of not only getting them active but also help them to understand diabetes.

He said the BeFit Movement has more initiatives in the pipelines.

He said that with carnival fast approaching, he will be hosting an event dubbed ‘Ripped for the Road’ which he said will be held on the Flow Promenade on May 11.

James further elaborated that his team is working on a charity drive.

The event was help with support from Flow, whose marketing and communication lead, Nikala Williams, stated that raising the awareness for childhood diabetes is yet another opportunity for the company to resonate one of its biggest values: “Changing Lives”.

Williams, who said the patronage was exceptional, added that she was pleased with the attendance at Saturday’s event and further encouraged persons to partake in the upcoming events.