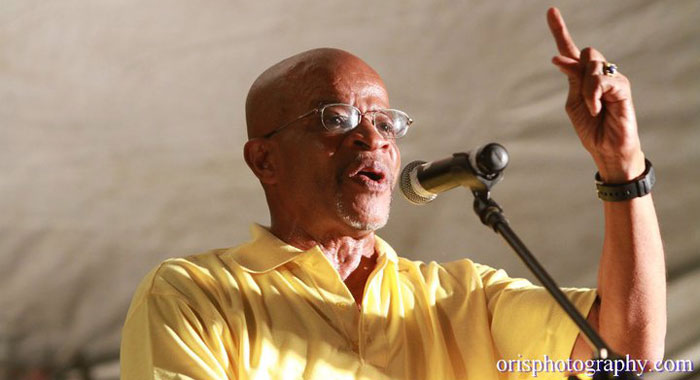 Norrell Hull, a former candidate for the New Democratic Party, was injured during the attack. (Photo: Oris Robinson/Facebook)

A man charged with wounding a former politician has been sent to the Mental Health Centre for evaluation.

On Wednesday, Dwight Bowens, a 35-year-old labourer of Walliabou, appeared before Senior Magistrate Rickie Burnett at the Kingstown Magistrate’s Court.

As the magistrate was about to put the charge to the man, prosecutor Police Constable Corlene Samuel told the court that the prosecution was making an application for Bowens to be sent for psychiatric evaluation.

Samuel told the court that police in Barrouallie had to be called in because Bowens was being aggressive.

The magistrate ordered that the psychiatric hospital present a report to the court by May 18 and set the next hearing in the matter for May 22.

The Police Public Relations Department, in its regular bulletin on Wednesday, said that Bowens is charged with unlawfully and maliciously wounding Norrel Hull, 70, of Keartons.

Police said that Bowens allegedly struck Hull in the face with a stone in Walliabou about 5:30 a.m. Tuesday

iWitness News understands that Hull was taking his morning exercise at the time of the incident.

One of his relatives told iWitness News that Hull, a retired police officer, had to get four stitches to the face to close the wound.

Hull was a candidate for the main opposition New Democratic Party and failed in three consecutive bids — the last being in 2010 — to win the Central Leeward seat for the party.