RACE — Running Against Criminal Elements — in Ottley Hall on Sunday 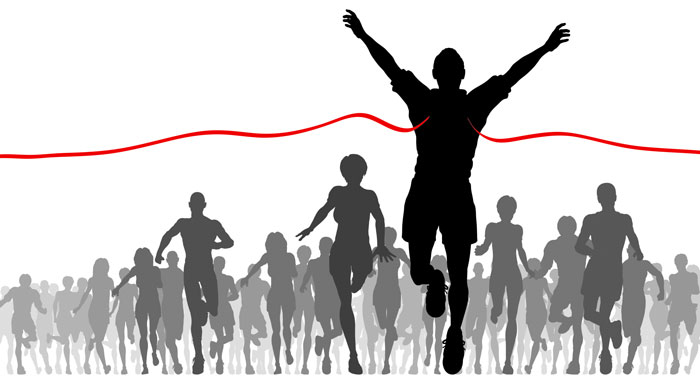 A police officer and activist working in Ottley Hall has organised a 5k fun run for this Sunday, geared at helping to removed the stigma associated with the West Kingstown community.

The efforts of Jules Morgan, a sergeant of police, are part of outreach efforts he has been leading over the past few months.

“For the past few months, we have been trying some outreach programmes over here with the community regarding football,” he told iWitness News, adding that teams from Redemption Sharpes, Richmond Hill, the Police Force, and the Adventist Church, along with a team named Volcanoes and a group of Nigerian students have been playing football in Ottley Hall.

“So we decided to do a road event this time to bring persons into the community. We are trying to get the stigma away from the Ottley Hall area,” Morgan said.

He noted that while he is a police officer working in the area, the run is not organised by the police force.

The event is being organised by Morgan’s group, JAMPRO Entertainment.

“But I am a police officer working over here and seeing what is happening in the area, I decided for the past few months to do some outreach programmes,” Morgan told iWitness News.

He said that the race will begin at Sion Hill, travel along Murray’s Road into Kingstown, move along Bay Street, down to Rose Place, up Nine Step and then onto the Edinboro Public Road, culminating at The Palace in Ottley Hall

Morgan said there is a registration fee of $10 for persons 20 and over and $5 for those under 20.

There is also an over 45 category, an open category, and a community category, where the first three persons from Ottley Hall and Edinboro to complete the race will get prizes.

Cash prizes will also be given to the top three persons in each category.
Registration is primarily being done through groups that the organisers have targeted.

“The main objective is to try to get persons from outside of the district to come into the district as a form of getting rid of the stigma attached to Ottley Hall.

“There are persons we meet who will tell you, plain talk, they are not coming to Ottley Hall, they are afraid they would get shot or whatever — it is a bad place. So we are trying to get rid of that stigma that is attached to the community itself and try to get persons from the community to see themselves just as everybody in St. Vincent and the Grenadines,” Morgan said.

He told iWitness News that Ottley Hall is not a bad community.

“There are only a few persons — very, very few persons, who want to commit crime. And for the past few months, things have been very, very quiet.”

Morgan said that Sunday’s event was initially billed as a run, but some persons say they are going to come along just for the fun of it.

Morgan said that vans will be available to shuttle persons from Peace Mo to Sion Hill before the race and from Ottley Hall to Kingstown after the event.