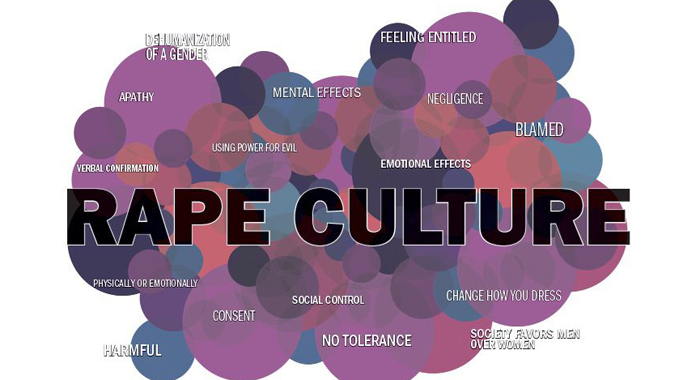 Leader of the Opposition Godwin Friday has spoken out against “the pervasive rape culture” in St. Vincent and the Grenadines (SVG), saying that the country’s poor economic situation exposes women and girls to sexual exploitation.

“… we cannot ignore the pervasive rape culture in our country today nor can we turn a blind eye to the frightening level of sexual violence inflicted upon our women and children,” he said on Sunday at the annual convention of the Women’s Arm of the main opposition New Democratic Party (NDP), of which he leader.

“Regional an international reports and statistics on violence against women paint a very bleak picture for us here in St. Vincent and the Grenadines. We recognise the serious national crisis that we are facing,” Friday said.

“I have said repeatedly, and it bears saying here again today, the situation in our country with respect to rape and sexual violence is a national disgrace. It demands urgent attention from government, civil society groups and all individuals in this country,” said Friday, who has been parliamentary representative for the Northern Grenadines since 2001.

“It must be all hands on deck for tackling this problem,” he told the event, held at his party’s headquarters, Democrat House, in Kingstown.

“Rape and sexual assault in all forms must be never normalised in St. Vincent and the Grenadines. Our party will improve our criminal justice system and make sure that justice is not only seen to be done but actually is done.”

Friday’s comment came at a time when police have charged a number of men in connection with alleged sexual crime against little girls, some as young as 5 years old.

The opposition leader said an NDP administration would pay particular attention to the problem of sexual violence and sexual exploitation of women and girls.

“The poor economic conditions in our country — we all feel it — is a big part of the problem facing women and children in our society. Many fall prey to sexual predators seeking to take advantage of their poverty and debt.

“The high unemployment rate and poor socio-economic condition in our country is simply intolerable. We all know it. So, this knowledge must help up in our common cause to liberate our country and help our people to live lives of dignity and promise. It is not too much to ask.”

The opposition leader said that the rise of social media has made matters worse, adding that political bullying and violence has become so prevalent that international institutions such as the United Nations and the West Minster Foundation for Democracy have coined the phrase “violence against women in politics” and have held discussions and consultations on this growing problem

“You and I know that the situation is particularly bad in St. Vincent and the Grenadines. We must change it,” Friday said.

He told the women’s convention that the NDP is committed to making positive changes for women and girls in SVG.

“The NDP is focussed on creating jobs and other economic opportunities for people of this country. We are committed to reducing the tax burden on the people and getting the people back to work. That is a promise that we will deliver when we are elected to office soon — in the next general election.”

General elections in SVG are constitutionally due in March 2021.

Friday said that to bring about the changes of which he spoke, everyone must work together to confront the issues head on.

“Women are leaders in their own right and have serious contributions to make to the party and to national development in St. Vincent and the Grenadines. Too often, women have been victimised and bullied in the political rings by opponents who have no respect and no decency,” Friday said.