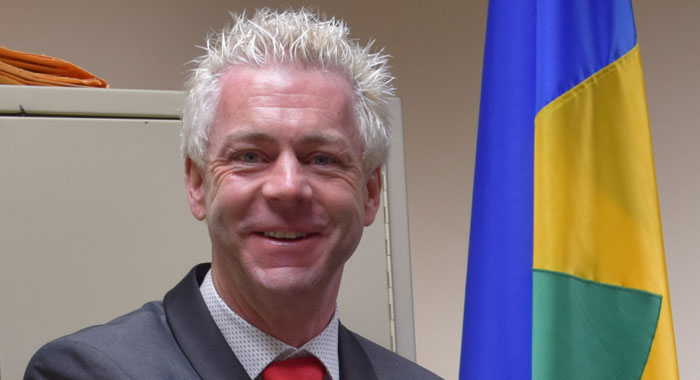 He says the decision is “part of a wider commitment to the diplomatic network, as an extension of our High Commission in London, to further international relations by our Ministry of Foreign Affairs.”

“Northern Ireland has been identified as an emerging market with an increasing Caribbean community, peace and stability, coinciding with 2018 marking the 20th anniversary of the Good Friday Agreement and its relationship to Ireland. St. Vincent and the Grenadines’ diplomatic presence on the ground allows us to work more effectively to further trade, cultural, sport and international links between countries,” Stange said.

David Sterling, head of the Northern Ireland Civil Service and Permanent Secretary to The Executive Office, added: “We welcome the establishment of this new consulate office here. I congratulate Dr. Stange on his appointment as Consul General for St. Vincent and the Grenadines and we look forward to learning more about each other and opportunities for co-operation.”

Northern Ireland hosted the first international cricket league fixture at Stormont against the West Indies in 2017 and hosted SVG’s Olympic and Commonwealth athletes in the run-up to the London Olympics and Commonwealth Games as well as an athletic delegation during the Special Olympics.

In addition to links with 19th century Comber war hero Major General Rollo Gillespie who fought against the French in the West Indies, families in the town were very strongly represented in the pro-abolition and anti-slavery movement (boycotting sugar, etc).

Comber is also a Fairtrade town, part of the wider Fairtrade council Borough, which directly benefits Caribbean developing world farmers, which includes many Fairtrade accredited churches, schools, higher education institutions and government, some linked to St. Vincent and the Grenadines.

One reply on “SVG sets up Consulate General in N. Ireland”