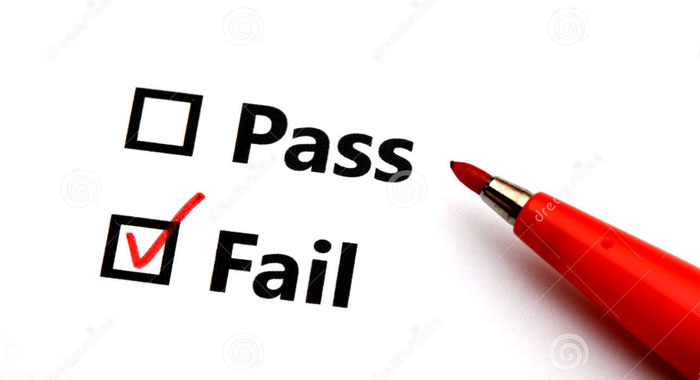 Numerous studies have shown a slow but steady decline in educational standards throughout the English-speaking world, a drop in learning outcomes, requirements, and expectations that began in the 1950s (see, for example, E.D. Hirsch’s influential book on the subject). There are many reasons for this deterioration ranging from demands for universal education (which encourages the social promotion of underachieving students), to the application of unproven teaching theories such as “constructivism”, to a decline in reading (facilitated by the development and growth of such visual media as television and the internet).

Like all the 16 Caribbean countries that are members of Caribbean Examinations Council (CXC), St. Vincent and the Grenadines (SVG) has not been immune to this destructive intellectual process even though it began two decades later than in the developed world.

In recent years, with the results of international testing clearly showing this decline, especially in comparison to the non-Western world, and with growing economic competition from the “Asian tigers” which have not allowed this deterioration, the Western world is starting to wake up to what is nothing short of intellectual suicide.

In SVG, however, where this slow but steady regression is called an “education revolution”, we are still sound asleep.

Why is this so? Simply because it has proven to be politically expedient for one regime after another to build more schools for more pupils to earn higher grades in many more subjects and receive far more certificates and diplomas than their predecessors. If these children actually end up learning far less than their peers in previous generations as a result, this is brushed off as a necessary price for mass education, i.e., education for the masses.

Evidence for the decline in standards is as abundant in SVG as it is elsewhere in the English-speaking world. Just look at the results of the May 2018 Caribbean Primary Exit Assessment (CPEA).

The best sign is the huge increase in test scores and pass rates since the CPEA’s totally multiple-choice tests were introduced in 2014 to replace the more demanding Common Entrance (CE) examinations.

According to its web site, “The Caribbean Primary Exit Assessment (CPEA) is an assessment of the “literacies” required by all pupils exiting the primary school system.

“The focus of this assessment is on a set of literacies, which are common to all primary curricula across the region and are necessary for students to achieve at higher levels of education.” These include literacy in mathematics, language, civics [social science], and science.

Unfortunately, the achievement and assessment of these literacies are based on the highly questionable and unproven theories of constructivist educators like Jean Piaget, Jerome Bruner, Lev Vygotsky, among others.

I say this based on questions from the more difficult CE exams. A typical English language question was:

“In questions 4 to 6, choose the word which is spelt incorrectly.

4. The government has distributed releif supplies to all the victims of the disaster.

Equally telling, these spelling errors are made by countless high school graduates posting on this very site, many of whom don’t know the difference between the words “site,” “cite,” and “sight”.

More important still is that a multiple-choice test could never properly examine the writing or comprehension abilities of a student.

A typical mathematics question on the former CE exams (I couldn’t find recent CPEA exams) is:

“A shopkeeper bought 450 mangoes at 30¢ each at the market. When he arrived home, he realised that 42 mangoes were spoilt. He then sold the remainder at 65¢ each.

As easy as this question is, I know that it would surely stump many readers.

More disconcerting still is that a mere 50 per cent score in these low-level exams — tests that a typical student in a much lower grade would have easily passed decades ago — earns a seat at one of our public secondary schools.

These low standards are why 49 schools recorded a pass rate over 80 per cent this year, an achievement unheard of when many of SVG’s most illustrious scholars including Dr. Kenneth John, Dr. Ralph Gonsalves, and Dr. Adrian Fraser attended primary school.

According to SVG’s Searchlight newspaper (June 17, 2018), which has long been skeptical of these results:

“The CPEA consists of an External Assessment and a School-Based Assessment and some educators shared that the increased pass rate could be explained by the fact that since pupils were able to carry up to 40 per cent of their final mark into the exam room, achieving the marks needed to get over the 50 per cent hurdle would not have posed as much difficulty as it did previously.”

This is an understatement if there ever was one because it is in the interest of individual schools to inflate the test results as much as possible so that the prying eyes of the Ministry of Education are kept as far away from them as possible.

Cambridge O and A level General Certificate of Education Examinations (GCE) — still the gold standard of academic achievement around the world even as they have been partially replaced by Cambridge IGCSE courses — were scrapped for the dumbed-down CXC Caribbean Secondary Education Certificate (CSEC) examinations over 30 years ago. No wonder that in recent years dozens of students have been able to pass 15 or more CSEC subjects with very high grades when their 1960s predecessors only had the intelligence to pass eight O’level examinations.

Why are thousands of our secondary school and college graduates either unemployable or barely educated enough for a part-time job at the local Kentucky Fried Chicken franchise?