Humour amidst gunplay at rum shop 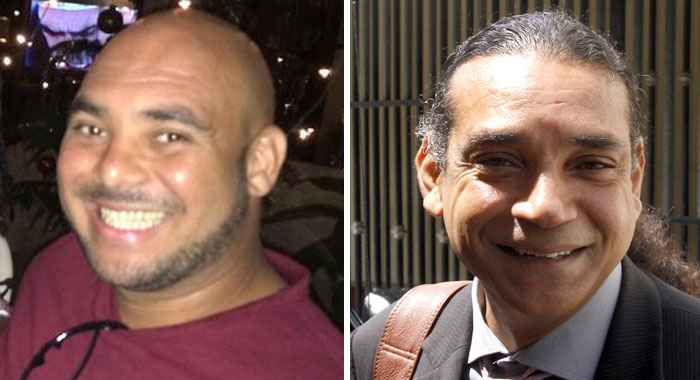 The businessman who had a gun aimed at him at a rum shop in Prospect on Saturday said he saw his life and that of his wife and children flash before him.

But on reflecting on the potentially deadly situation, Cameron Balcombe, a former candidate for the main opposition New Democratic Party, said it was funny that the man offered him a drink after holstering the gun, and drew it again when he refused.

He further said that the incident might have ended differently if he, too, had had his licensed firearm with him.

Lawyer Ronald “Ronnie” Marks has admitted that he drew his licensed weapon at Balcombe, but said he did so because Balcombe and another man were rushing at him after a ‘cussing’ outside the shop.

But Balcombe gave another account saying that Marks – who admitted to iWitness News that he was intoxicated at the time – drew the weapon for no apparent reason.

“I was very scared. I saw my kids and my wife’s face flash in front of my memory. Somebody came in front and was trying to block and then they pushed Ronnie away and told him to behave himself and so forth.

“And this you would find very funny, but this is what happened: he (Marks) came outside, put the gun back in his pocket, and told me to come in the shop, he wants to buy me a drink.

“After I refused again and told him he has to be e**ing crazy, he took back out the gun again and pointed it at me.”

Balcombe said he had no means of defending himself.

“I have a licensed firearm. Unfortunately, or by the good grace of God, I did not have my firearm with me because I am not a violent person. I may have my no-nonsense personality but, I am not one to go and look for violence, especially since I am married and have three kids. I try to live for my family, my kids and try to build my company, period,” said Balcombe, who owns a construction firm.

Balcombe’s wife, Ronnia Durham-Balcombe, a lawyer, has accused Marks of assaulting her at the shop on Saturday.

She and her husband say they believe that charges should be brought against Marks.

Police said on Tuesday that they are investigating Durham-Balcombe’s claim.

11 replies on “Humour amidst gunplay at rum shop”