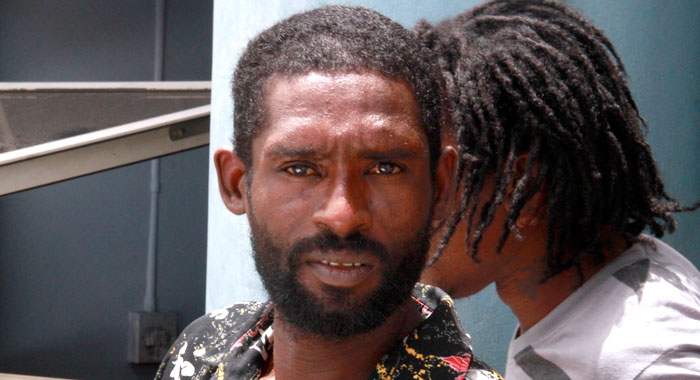 Two men who admitted to stealing from two Kingstown businesses in separate incidents were on Monday ordered to perform community service.

In default, the men will go to prison for three months, Senior Magistrate Rickie Burnett has ordered.

Colvin Jackson, 42 of Mesopotamia, pleaded guilty at the Kingstown Magistrate’s Court to a charge that on June 22, 2018 he stole a pack of Devon biscuits from Coreas Food Mart.

It was Jackson’s first offence and he told the court that he had placed the snack in the rear pocket of his pants and had forgotten it was there when he exited the building.

Also on Tuesday at the same court, Dwayne Cupid, 38, of Kingstown, pleaded guilty to a charge that on June 22, 2017 he stole one Dove Men’s Care Deodorant from Massy Store.

However, unlike, Jackson, Cupid has a history of crime and had, in fact, been convicted in 2016 for stealing an antiperspirant from the same store.

On Tuesday, Cupid pleaded guilty after appearing in court for the seventh time in connection with the charge.

He told the court that he was frustrated, having gone for medication at the Milton Cato Memorial Hospital — located nearby.

The man told the court that he has a condition — which he did not disclose — that causes him to “smell high”.

Cupid further said that he used to abuse cocaine, a habit he said he picked up about four years ago when someone gave him marijuana mixed with cocaine on his birthday.

He said he had recently gotten a job at the meat market and would like an opportunity to keep it.

But the magistrate noted that the man has a long rap sheet, including a history of theft.

Cupid responded saying that all those convictions were from the time when he was a drug addict.

But Burnett quickly noted that Cupid has convictions dating back to 1998.

One year later, Cupid was convicted of entering someone’s storeroom.

“Prosecutor, are there no government buildings in Kingstown that can utilise him?” the magistrate said as he tried to determine what sentence he should hand down on Cupid.

Prosecutor Police Constable Corlene Samuel told the court that the challenge is that when someone is ordered to perform community service, they have to be supervised by a police officer.

The magistrate noted that there are over 800 police officers in St. Vincent and the Grenadines, and Samuel said they are not enough.

“There must be work to do besides washing down officers’ vehicles,” Burnett said in an apparent reference to the task police in Kingstown reportedly assigned to persons ordered to perform community service in Kingstown.