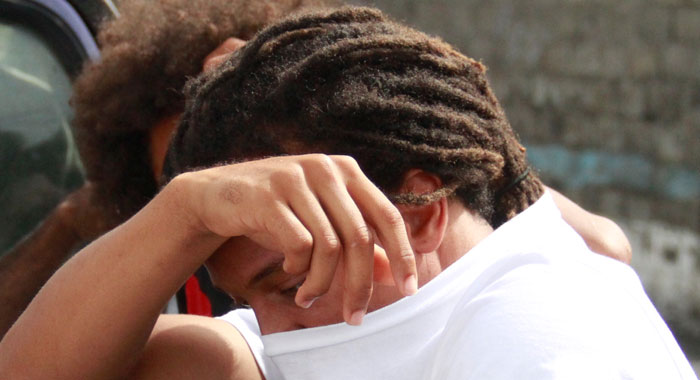 A 21-year-old Tortola man will spend the next six months at her Majesty’s Prison in St. Vincent for attempting to export marijuana.

Kemiah Nichols, whose parents are Vincentians, was returning to Tortola on Tuesday, when police nabbed him with 16 grammes of marijuana at Argyle International Airport.

He was charged with drug possession with intent to supply, as well as drug transportation, and trafficking.

Nichols initially pleaded not guilty to the charge when he was arraigned before Senior Magistrate Rickie Burnett at the Kingstown Magistrate’s Court on Tuesday.

The prosecution did not object to bail but asked that Nichols be ordered to surrender his travel documents and that the matter be adjourned and transferred to the Serious Offences Court.

However, the defendant told the court that he wanted to change his plea to guilty.

The court heard that about 6:45 a.m., Police Constable 39 Murray was on duty at the departure security checkpoint at the airport.

While there, he observed the security officers searching the defendant’s luggage in the presence of the defendant.

Murray saw what appeared to be a sprite can in the luggage and this aroused his suspicion.

Checks of the can found that it was empty, but appeared to have a secret compartment.

The police officer searched the luggage and found the drug in one of Nichols’ pants pockets.

When cautioned, Nichols told Murray, “I forgot those in my pocket”.

Nichols told the court that he had come to St. Vincent for a relative’s funeral.

“You come for funeral of a family member and found yourself where you leave airport with drugs! Explain that to me,” Burnett told Nichols.

“Last night I was out. When I got back, I picked up some clothes and started to pack. Was at the airport I realised I had some marijuana in my pants pocket. I had no intention of carrying it.”

The magistrate, however, noted that based on the law of St. Vincent and the Grenadines, possession of more than 16 grammes of marijuana would attract charges of possession with intent to supply for drug trafficking.

He pointed out that a person guilty of such an offence can be fined up to EC$100,000 or sentenced to up to 10 years in jail on summary conviction and up to life imprisonment, if convicted by the High Court.

Burnett said the most aggravating feature of the case was that the man was nabbed with the drugs at the airport.

He said that though the amount of drug may seem small, the penalty is severe

“If you are going to deal with drugs, there are consequences once you are caught. Marijuana is still illegal,” Burnett said.

4 replies on “Tortola man jailed for weed at AIA”