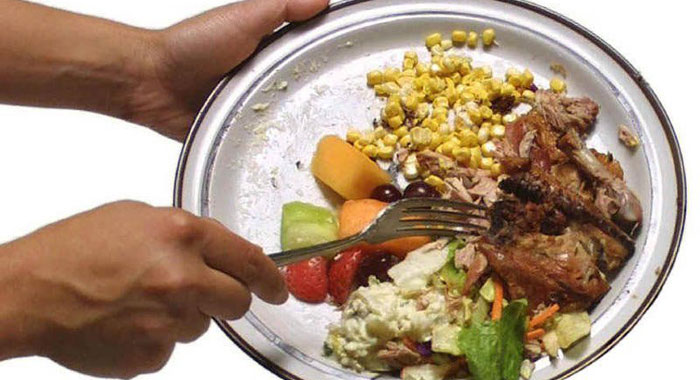 We all do it. Most of us throw away perfectly good food, almost every day of our lives. A banana gets slightly bruised in the fridge, we simply chuck it. Yesterday’s leftovers? Many times they go straight to the rubbish bin.

In a world of plenty, these acts can be undertaken unconsciously and seem trivial. Innocent even. And yet, the scale of global food loss and waste is breath-taking: one third of all food produced is either lost at some point of the food chain, discarded by sellers or wasted by consumers, according to the Food and Agriculture Organization of the United Nations. One third!

With hunger on the rise after steadily declining for over a decade, and 815 million people undernourished worldwide, food losses and waste are a monumental failure in the functioning of our food systems, with direct consequences on food security and nutrition, climate change and the wellbeing of our environment.

The numbers are astounding: globally, food loss and waste uses up 30% of land dedicated to food production and 25% of the water used in agriculture. They generate annual costs estimated at US$2.6 trillion; US$700 billion related to environmental costs and US$900 billion to social costs. Better use of the plentiful food we already produce could also prevent deforestation and the destruction of ecosystems and biodiversity. But this is a challenge that goes well beyond sustainable agriculture, requiring adjustments to the broader food system.

We need to create large-scale global multi-donor funds to tackle this issue, as we have done to fight climate change via initiatives such as the Green Climate Fund. Why? Because if we compared the global carbon footprint of food waste to that of countries, it would be the largest emitter of greenhouse gases, only exceeded by the United States and China, accounting for close to 8% of global emissions.

To make headway on this issue everyone must come on board, governments, the private sector and consumers. Retailers and supermarkets must be key allies in this fight, and make important headways with changes in their policies regarding the way they procure and manage food. France, for example, has been the first country to pass a law that bans supermarkets from discarding or destroying usable food, creating alliances with charities and food banks to provide millions of meals with food that used to end in the trash. Supermarkets with a surface area of at least 400m² are be obliged to manage their unsold food either via donations, processing into feedstock, recovery into compost for agriculture or for energy production, including biogas.

But it’s not just governments and big businesses than can make a change: individuals can make a real difference, tackling food waste at home and at work, teaching habits to our children and being conscientious about the way we buy, store and use food. Since cities are a key source of food waste, citizen action will be of utmost importance if we are to achieve the Sustainable Development Goal target of halving per capita global food waste at the retail and consumer level.

In recent years, FAO has been stepping up its efforts to significantly reduce food loss and waste in the world. Since 2011, FAO and the Messe Düsseldorf institution promote the SAVE FOOD initiative, which brings together industry, research institutions and civil society. Its objective is to stimulate the exchange of ideas, develop solutions and create global awareness about the importance of reducing losses and waste along food supply chains.

In addition, FAO, in partnership with the International Food Policy Research Institute, has been implementing the G20 Platform against food loss and waste since 2015. The platform provides new knowledge to improve measurements in all countries of the world and disseminate good practices.

This week’s G20 Agriculture Ministerial Meeting in Argentina is a major opportunity for the world’s largest economies to step up their efforts and kick off this profound and necessary transformation.

Because we either rescue food from the trash starting today or risk drowning in a sea of waste.