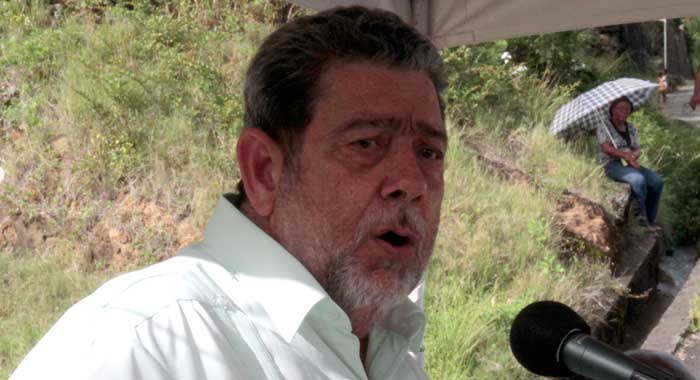 Prime Minister Ralph Gonsalves is not worried that the marijuana lobby in St. Vincent and the Grenadines would pressure his government for full-scale decriminalisation.

The CARICOM Marijuana Commission, in its reports presented to regional leaders this month, urged the full decriminalisation of marijuana, with regulatory provisions similar to alcohol.

But Gonsalves told reporters last Thursday in Chauncey that his government plans to decriminalise marijuana use for medicinal and religious purposes, but not for recreational use.

He said he knows that there are also a lot of people who quietly and privately smoke marijuana.

“But the number, what it means is that you have 30-odd per cent who would say yes, which is a significant number. So you have a number of people who smoke it.”

The prime minister was unable to say, off hand, what was the disaggregation in terms of age, among those who oppose the decriminalisation of marijuana.

“So what we are doing is decriminalising, legalising for the purposes of the industry and we have a good bill, which is going to be published shortly and then there would be discussion on it, obviously.

“And secondly, for registered tabernacles, you smoke it for religious purposes. I am not naïve. I expect that some persons would become temporary Rastafari in order to go into the tabernacle and smoke it.”

The law would not make provisions for religious meetings taking place in private homes, the prime minister said.

“This is at registered tabernacles and the provision, with the agreement of the police, in fact, the suggestion of the police, sometimes, people may have a religious ceremony — and it be Rastafari now, it may be Hindus tomorrow — you have a ceremony and you just notify the police, give them notice that you are going to have this thing and then they would allow for you to have your activity.”

Gonsalves said that his government will also offer a “traditional cultivators licence”, which will be easier to get than if you have a bigger kind of investment and you will see the conditions that will be attached to that. That will make it easier for persons to engage in traditional cultivation legally.”

He said one of the conditions is for the applicant to show the authorities that he or she is growing marijuana because they have a contract either with a tabernacle or with a laboratory and selling it to them.

“So all those things are thought out. So, obviously, for the traditional cultivators licence, you will have to give an amnesty for what they have currently in the ground,” the prime minister said.