Call for more use of forensic evidence in SVG 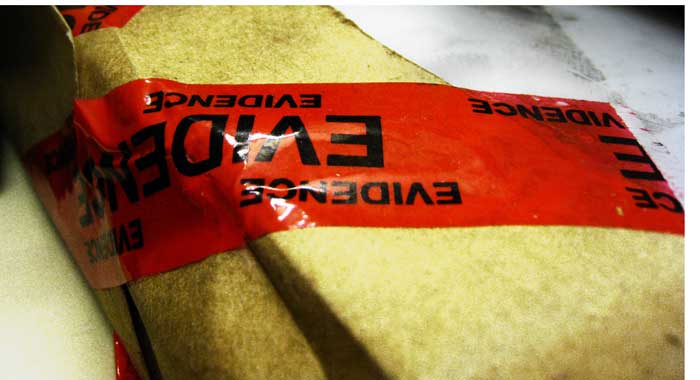 The main opposition New Democratic Party is calling for greater use of forensic evidence in crime fighting in St. Vincent and the Grenadines.

Leader of the Opposition, Godwin Friday told a press conference on Tuesday that that call has also come from police officers, victims of crimes, and persons who evaluate the judicial system.

He said that forensic evidence could help to strengthen the prosecution’s case, but also noted that it is not a panacea.

“We have all seen the television shows that seem to say that all you have to do is put some science in there and you can convict somebody. And it is probably never that easy, but certainly, there are things we can do to make use of the science to assist in the prosecution of offences,” said Friday, a lawyer who practices civil law.

Meanwhile, speaking at the same press conference, opposition senator, Kay Bacchus-Baptiste, supported the call for the use of more forensic evidence.

“Many cases that I have done, the prosecution has failed wholly to make use of forensic evidence. They may come, they mark out the scene, they take exhibits, etc., and nothing happens to them, or you send them away and you never get a report; even ballistic reports.”

Friday said that when this is coupled with the concern about witnessed being threatened and possibly killed, “then you understand the importance of relying just simply on witnesses is a weakness in the system.

“But it also goes back to what I said earlier: the fact that we are speaking about this tells of a transition that is taking place and the type of offences, the way in which the perpetrators seem to be organised in a way that, perhaps, we were not familiar with in the last century and this is something that we have be aware of and get ahead of, otherwise, we will be in a very difficult situation, like some parts — I said in my notes here, Mexico, where the police have no-go zones, and in Venezuela. You can’t have that in a country and say that you have rule of law.”

Bacchus-Baptiste said that the prosecution does not use as much scientific evidence as has been the case.

“Even long ago, you used to get more reports from experts, matching ballistics — the evidence with the gun, etc.

“You hardly get back reports now. They seem to base their evidence out of beating a confession out of the defendants or hoping that they have enough witnesses who would have seen.”

The lawyer, however, said that in most instances when crimes are committed, there are no eyewitnesses.

“The forensics in St. Vincent is sadly lacking, even a simple thing as taking photographic evidence. You would be surprised how many police cases they bring the photographer, they take the picture and when you

get to court, you never see the pictures. Either they are overexposed so they are no good or they never bother to produce the photographs. Or when you see the photographs, they are so dark, you cannot really understand what they are.

“And this is something – finger printing is a thing of a past. The forensics in St. Vincent is wholly lacking. Something drastic has to be done about it,” Bacchus Baptiste said.