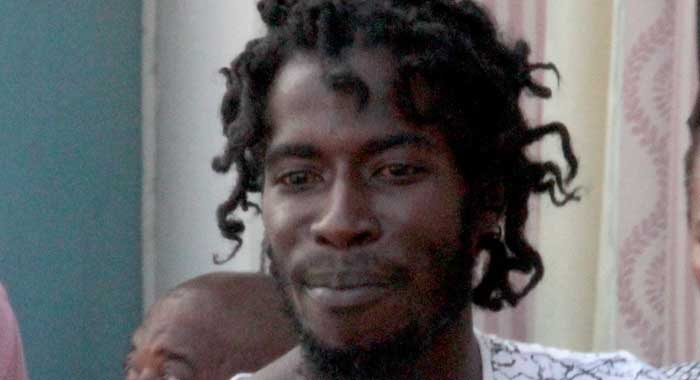 Abul Garrick, the Rockies man who was slapped with rape and robbery charges after his arrest on Friday, was on Thursday fined EC$100 for marijuana possession.

He was ordered to pay the fine forthwith or spend two weeks in prison after pleading guilty to possession of 17 grammes of the plant in Rockies last Friday.

“You still have that tattoo on your left forearm with those words,” chief magistrate Rechanne Browne-Matthias told the man after looking over his record.

“Why would you want to have that? You could have chosen something else,” she told Garrick, but did not disclose what was tattooed on his arm.

“The literal interpretation of that name isn’t good. You agree with me, right?” the magistrate said.

According to the fact presented to the Serious Offences Court, when Garrick was nabbed with the marijuana, he told police, “Alyo forget about that, man.”

Also on Thursday, Garrick and his co-accused on the robbery charge, Elzon Ells, were denied bail.

Senior Prosecutor Adolphus Delplesche told the court that the complainant had raised certain issues that the lead investigator said he needs to “check out”.

The investigator felt that should the men be granted bail at this time, the investigation could be hampered.

Delplesche said that in the circumstances, the prosecution was asking that the men, who first appeared at the Kingstown Magistrate’s Court on Wednesday, be further remanded.

They return to court on Tuesday for bail review.

The men are charged that charged that on July 19, 2018, at Sion Hill, being armed with a gun, robbed Dwayne Bacchus, 26, unemployed of Sion Hill, of a quantity of items valued at EC$330.

Garrick is charged separately with rape, but the details of his arraignment on that charge are not known to the media, as sex crimes are tried in camera.

Police arrested Garrick in Rockies on Friday, hours after issuing a wanted bulletin for him.