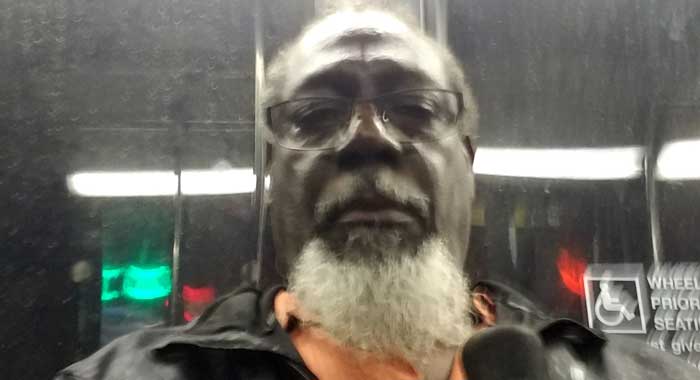 A 63-year-old Grenadian man who is married to a Vincentian was on Tuesday ordered to pay the court EC$1,300 or spend five months in prison after being caught with marijuana at Argyle International Airport (AIA).

Lucas John “Bing” Crosby was brought before the Serious Offences Court, where he pleaded guilty to possession of 64 grammes (2.25 ounces) of cannabis for drug trafficking, possession of the drug with intent to supply, and attempted exportation of the drug.

The court heard that about 6:15 a.m. on Aug. 7, PC39 Maloney, a plain-clothes officer, was on duty at AIA when the security officer summoned him.

The security officer told the Maloney that he had found plant-like material resembling cannabis on Crosby’s person and in his carry-on luggage.

Crosby was cautioned, arrested and charged and brought before the court.

In mitigation, defence counsel Grant Connell told the court that his client is a father of four children and came to St. Vincent and the Grenadines legally for a holiday in May.

The lawyer said that on departing SVG, in his haste in packing, “this small — relatively small amount of marijuana was on his carry-on and on his person”.

He noted that Crosby had pleaded guilty and had no previous convictions.

The lawyer said his client was throwing himself at the mercy of the court and begging for leniency.

Connell said that the total value of the marijuana was EC$75, but said the knew that the magistrate has a valuation that says otherwise.

He asked the magistrate not to jail his client, saying that doing so would have a corrosive effect on his family.

“It is not that wretched drug, cocaine,” Connell said.