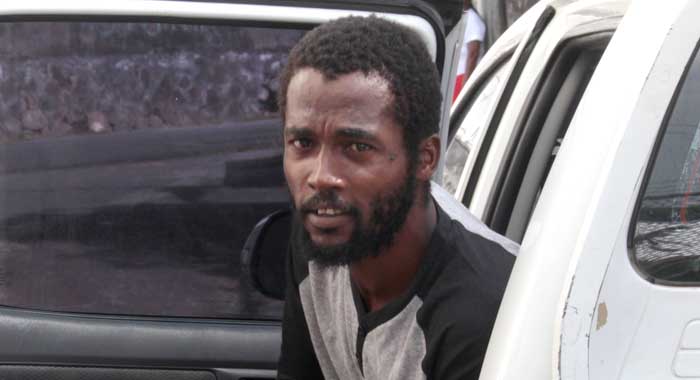 A Diamond Village (Diamonds) man has been charged with murder in connection with the chopping death of the father of two of his sister’s daughters.

Colonel Thorpe, 34, unemployed, is charged that between 9:30 p.m. on Aug. 5 and 6:30 a.m. on Aug. 6, at Diamond Village, with malice aforethought, he caused the death of James Gould“by chopping him about his body with a cutlass”.

Gould, 54, an electrician, of Diamond/Vermont, is also known as William Bushay.

Thorpe appeared before Chief Magistrate Rechanne Browne-Matthias at the Serious Offences Court, in Kingstown, on Wednesday.

Senior Prosecutor Adolphus Delplesche told the court that the investigator, Detective Sergeant Malcolm Alexander had indicated that 15 witnesses are likely to testify during the preliminary inquiry.

He said that the detective was asking for three months to complete his investigation.

Thorpe, who is being represented by counsel Ronald “Ronnie” Marks, was remanded in custody until Nov. 7, 2018, when the preliminary hearing is slated to begin.