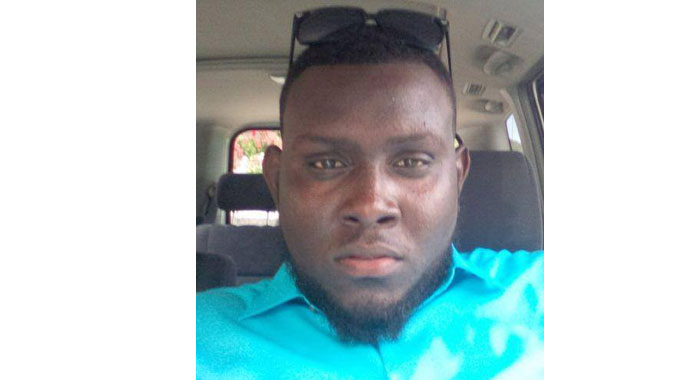 The Public Service Union has gone to court over the attempts by the government to transfer Union Island resident Jamali Whyte to an unspecified post in Kingstown. (Photo: Facebook)

The public service worker whom the court has ordered the government not to transfer from his current assignment has been sent on indefinite leave — with full pay.

“Jamali got no reasons mentioned for being sent on leave, just that you have been sent on leave until further notice. And the case is in November, so he is effectively at home for August, September, October, which might very well be three to four months,” he said, but noted that Whyte would still receive his salary.

In a July 5 decision, the High Court restrained the government from transferring Whyte, a junior clerk at the Revenue Office in Union Island, to an unspecified post at the Maritime Department, in Kingstown.

The union’s lawyer argued that transferring Whyte, a Union Island resident, would have an adverse effect on his family life and finances.

The court also granted the PSU leave to apply for judicial review of the decision by Permanent Secretary in the Ministry of National Security, Godfred Pompey, to transfer or re-assign him.

Boucher gave an update on the case at Monday’s press conference at which he spoke about what he presented as an unfavourable labour situation in St. Vincent and the Grenadines.

“In fact, the chairman, Mr. Blazer Williams, when asked why he did not respond to the union’s letter, he said, if I respond there would be a back and forth and I don’t want a back and forth. It is about his interest and not the interest of the public officers. So these issues, we have no option but to take them to court.”

Boucher also spoke about other issues that the union would be going to court to have resolved.

Boucher said one has to do with three workers from the Ministry of National Security who have been reassigned.

He said that the union has written to Service Commissions for a meeting to find a solution to the “problem”.

“Because while they are reassigned and floating around like that, they are at a big disadvantage.”

He said there is also a matter involving a hospital attendant, who was placed on suspension by now-retired permanent secretary in the Ministry of Health, Luis de Shong, pending the outcome of a criminal case.

The case was dismissed for lack of evidence.

“Upon the dismissal of the case, the gentleman should have been reinstated. The union wrote, got nowhere. Luis de Shong retired, the union wrote again to the new PS, who says, to his credit, that he is addressing it. But it has been four-plus years. We have no other option but to pass it on to our lawyer to take legal action.”

Boucher said that the union is forced to take legal action, notwithstanding the cost.

“… Legal action is quite expensive but they are forcing us to go to court to find resolution to the problems. And we have won every case, every single case we have won that we have taken to court, and that only tells us that there are problems within the service that are not being addressed by the commission, even when we have written to have them addressed. And it shows the extent to which those in authority, not the politicians, would go to frustrate workers.”

He said there is also the case in which some midwives had written their midwifery exams and graduated from the School of Nursing.

Following graduation, they were supposed to write the licencing exams. However, the Nursing Council prevented them from doing so because one of their monitors was not present at one of the practical.

The council did not allow the nurses to sit the licencing exam, Boucher said.

“That matter is in court because the nurses had a right to write the exam. They did nothing wrong and they are being punished through no fault of theirs. If you leave all of these things alone, workers would just be taken advantage of. You have address that,” he told the media.