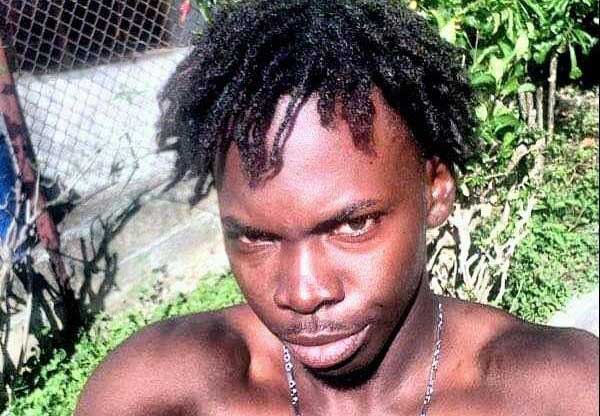 Bastien Dember, of Union Island, will spend the next two and half years in jail for possession and trafficking of 83lbs of marijuana. (Photo: Facebook)

A union Island man was on Thursday jailed for marijuana possession in St. Vincent and the Grenadines, two years to the day he pleaded guilty to a cocaine charge in the England.

Chief Magistrate Rechanne Browne-Matthias sentenced 26-year-old Bastien Dember to two and a half years in jail for each of a marijuana possession and trafficking charge.

He pleaded guilty, at the Kingstown Magistrates Court, in connection with the charges which resulted from the SVG Coast Guard intercepting him off Barrouallie on July 25 with 83 pounds of marijuana aboard a 22-foot pirogue outfitted with a 40-horse power Yamaha outboard engine.

The sentencing was transferred to the Serious Offences Court, also in Kingstown, where the chief magistrate presides.

Dember was initially scheduled to be sentenced on Tuesday, but defence counsel Grant Connell had raised concerns about the format of a document submitted to the court.

On Thursday, after reviewing the revised document, Connell told the court that while Dember has a conviction overseas, it is for a significantly different class of drug.

He told the court that although the laws of St. Vincent and the Grenadines “says something”, the court cannot cast “a blind eye” to individuals such as his client.

Connell said that Vincentians continue to suffer under the weight of heavy sentences for marijuana while the nation is on the cusp of significant changes to its marijuana laws.

The lawyer said that his client’s family was willing, able and had offered to assist in paying a fine.

He said that while Dember was the “catalyst” in informing police of his conviction overseas, he had no convictions in St. Vincent and the Grenadines.

Connell said that in the cocaine matter overseas, it is “unfortunate that his client was put in a precarious situation and acted under duress”.

Regarding the marijuana matter, the lawyer said Dember was merely dropping off the two bags of marijuana to Union Island but had not been given specific instructions about which yacht to meet.

Senior Prosecutor Adolphus Delplesche made no representation on sentencing.

Before handing down the sentences, the chief magistrate inquired about the status of the boat in which Dember was nabbed.
The court heard that the vessel is owned by the defendant’s uncle, Vincent Dember, but the police were unable to secure an evaluation in time for the sentencing, because of “red tape”.

As she prepared to sentence Dember, Browne-Matthias noted that drug trafficking carries a maximum sentence of 10 years in jail and a minimum of five years.

She said that for possession, someone could be sentenced to up to seven years.

“That is how the statute is worded. You want me to be a creature of statute,” the chief magistrate said to the defence counsel.

She said that in arriving at her sentences she would consider the class of drug, the mitigating and aggravating factors and would not overlook Dember’s guilty plea.

Dember was arrested along with Lenroy Edwards of Petit Bordel, who jumped overboard when he saw the Coast Guard vessel.

Coast Guard personnel took Edwards from the water and he denied knowledge of the drug.

Dember told the lawmen, “Officer, we just get a work.”

The prosecution withdrew the charge against Edwards after Dember’s guilty plea.

Meanwhile, on Aug. 9, 2016, Dember, who also has Italian citizenship, pleaded guilty to a charge in the United Kingdom that he used a suitcase to try to smuggle 2.6 kilogramme of cocaine into Gatwick.

He was found in possession of the drugs when he arrived on a flight from St Lucia on Aug. 8, 2016.