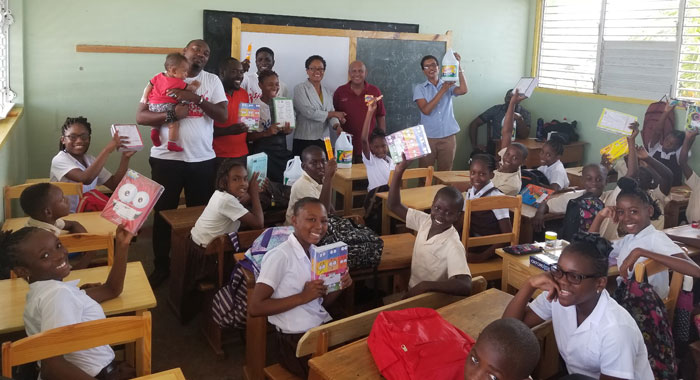 The imitative was dubbed “Shelling for Education”, named after the artiste’s major comeback song for Vincy Mas 2018, “SHELLA POSSE”.

Wilson partnered with his sponsor, Linton Greaves of Log Enterprises, Yardie’s Chicken Shop in Georgetown and a number of local individuals and businesses to make the programme a reality.

The team says they are honoured to be able to assist with the education of the nation’s children and are preparing to host a similar programme later this year which will be their 6th annual Christmas donation programme dubbed “2 Christmas in 1”.

The group will be donating toys and food packages to 800 children and less fortunate families.

Persons and businesses interested in being a part of the upcoming donation programme can contact R3cka at 1784-529-3173 for more details.