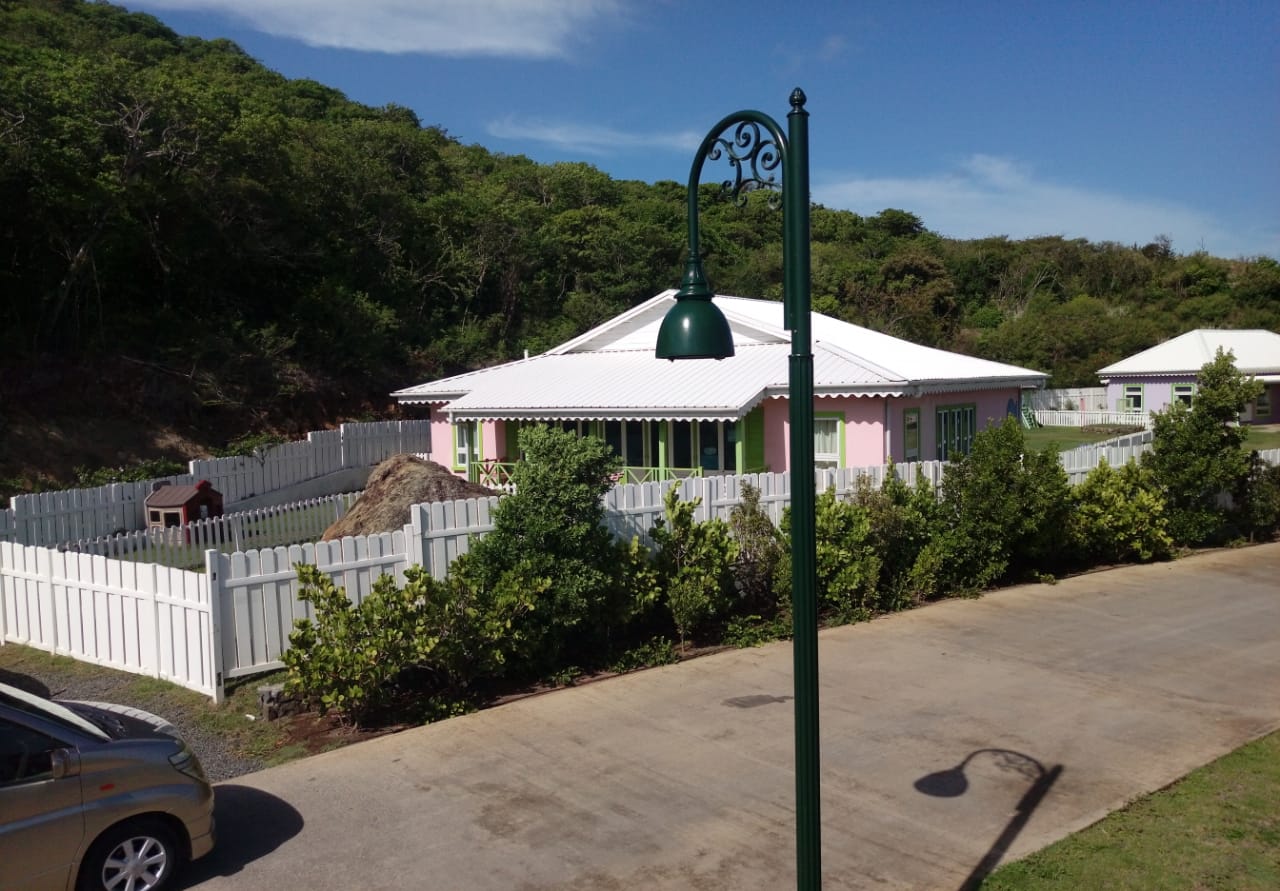 The property where the school is located in Canouan.

The government of St. Vincent and the Grenadines says there are places at the state-owned primary school in Canouan for all the students of a privately-owned elementary school that is at the heart of an impasse on the island.

The Pelican Primary School and Coral Reef Primary School, which are located on the same compound, are yet to be relocated more than a year after the owner of the property ordered them to do so.
The matter has gone to court, with the operators of the educational institution securing a temporary injunction preventing the owners of the building from destroying them.

Prime Minister Ralph Gonsalves, on Thursday, commented on the development, his second statement in just under a month.

This time, his comments came in the form of a ministerial statement to parliament.

He told lawmakers that there are 30-odd children enrolled in the primary school and about 11 or 12 in the preschool.

“Under the Education Act, this government, or any government, is enjoined, have an obligation, to provide primary education for children age 5 and up,” said Gonsalves, who is also Minister of Grenadines Affairs.

He said the relevant government officials, including from the Ministry of Education and Permanent Secretary in the Ministry of Grenadines Affairs, Godfred Pompey, called a meeting a few weeks ago and informed all the relevant stakeholders that the government has space at the Canouan Primary School to accommodate all the 30+ plus students who are older than five years old.

“In other words, we would fulfil and satisfy our obligations. So, if tomorrow we are told that they want the spaces, the spaces will be there.

“I have advised, I have given the relevant instructions that teachers must be on stand-by to take up the additional slack; if additional teachers are required, and all the arrangements would be swiftly put in place.”

Gonsalves said that people have a constitutional right to have a private school if they wish.

“But I am talking about the obligation of the government.

“There were some suggestions that teachers from that school would go to the primary school. Well, that suggestion was not entertained by us at all,” he said.

“We have our teachers and we will teach within our own primary school system, as, in fact, thousands of children across this country.”

Gonsalves said that he has been advised that there are three pre-schools in Canouan that accommodate the 11 or 12 children enrolled at Coral Reef.

“I should point out that I have been advised that most of these children in the Pelican School, they are children from Canouan but there are some children of expatriates.

“Mr. Speaker, we are not getting involved in the issue of the lawsuit, the injunction and the conflict between those developers in the north and those down at the marina.

“I understand that there is an injunction and that injunction will come up for hearing against as to whether that injunction should be continued, the temporary injunction, on the 11th of September. Nothing I am saying here is in relation to that at all. I just want to make it plain about what our obligations are and what we are doing.

“I am not going to talk also about the offers made by developers in the south, the marina, for places to be made available additionally.

“Those are not my concerns. My concern is to address our own obligations,” the prime minister said.

Gonsalves had also spoken of the developments at a press conference in Kingstown in mid-August.