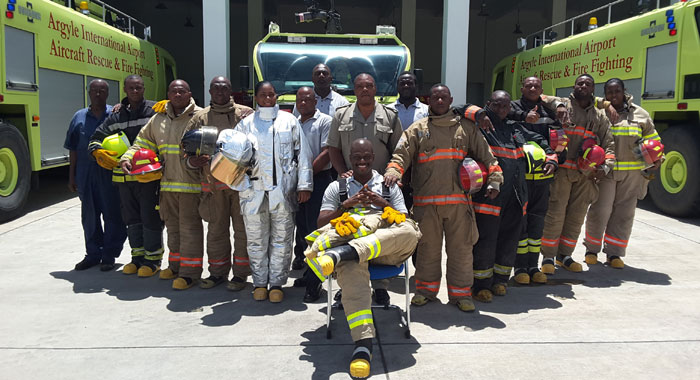 Station Sergeant of Police Michael J.A. Bess, has completed a master’s degree in occupational and environmental safety and health, from the University of the West Indies.

Bess who has over 13 years of firefighting and fire service management experience, has received professional training in several areas of critical importance to the SVG Fire Service and the Ministry of National Security.

This training was conducted regionally and internationally.

Bess is said to be the first Vincentian to be conferred a master’s degree in the study of occupational and environmental safety and health.

Bess thanked God for steering him to a successful end of his programme and also thanked his family and friends for their continued support.

He singled out his mother, Yvette Bess, but dedicated his success to and his wife, Jessica Bess for her unwavering support.

The Police Public Relations and Complaints Department said Bess is an exemplary firefighter and police officer who leads by example and encourages his fellow officers to “never give up on worthwhile dreams, but push forward conquering despite the odds against you”.

“The Commissioner of Police Mr. Colin John and the Fire Chief, Mr. Joel James, including the rank and file of the organisation congratulate Station Sergeant Bess on his achievement and wish him continued success as he serves the RSVPF and most importantly the people of St. Vincent and the Grenadines,” the department said.