OECS ‘firmly in solidarity’ with family of St. Lucian killed by Texas cop 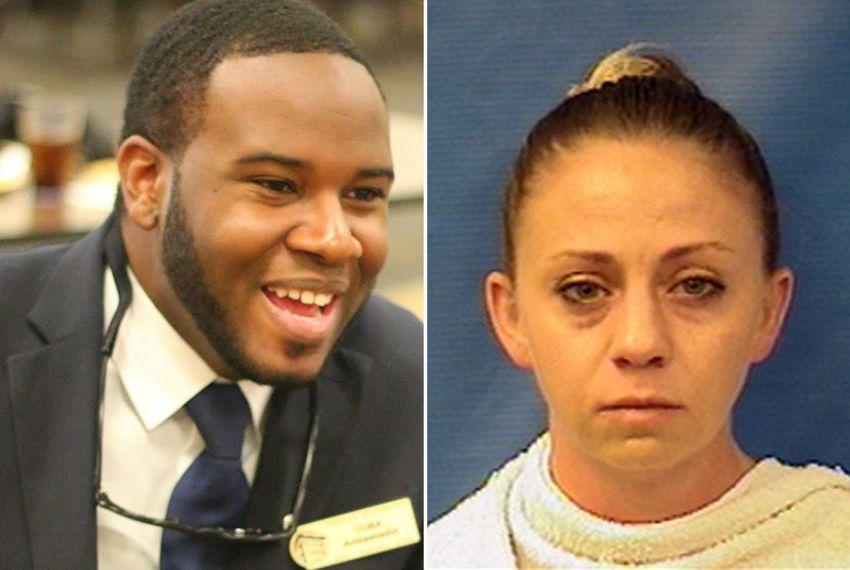 CASTRIES, St. Lucia (CMC) — The Chairman of the Organisation of Eastern Caribbean States (OECS) Monday said the nine-member grouping stands “firmly in solidarity” with the family of the 26-year-old St. Lucian national who was shot and killed by a United States police officer in his own apartment in Dallas earlier this month.

The statement by St. Vincent and the Grenadines Prime Minister Ralph Gonsalves coincides with the burial here on Monday of Botham Shem Jean, who was shot in his apartment on Sept 6 by Dallas Officer Amber Guyger, who claims that she mistakenly thought he was an intruder in her apartment.

On Monday, Dallas Police Department (DPD) said that Guyger, who is facing a manslaughter charge, was fired after an internal investigation found she had engaged in “adverse conduct” when she was charged with manslaughter.

Guyger is allowed to appeal the decision under civil service rules, police said.

In a statement, Gonsalves said that over the last two weeks the people of this region, North America and indeed many other parts of the world have been following the” rather sad, perplexing, and horrifying case” of Jean.

“It is an undeniable fact that Botham Shem Jean was shot and killed while in the sanctity and comfort of his own home on the night of September 06, 2018 by a uniformed officer of the Dallas City Police,” Gonsalves said, noting that the St. Lucian national had committed no crime, nor was he contemplating or conspiring to commit any crime.

“From every indication, Botham Shem Jean was a proud product of our Caribbean Civilization – bright, God-fearing, respectful of others, humane and full of promise…and so, it is a great loss that we all feel, and for which we sympathise deeply with his family and friends.

“The people of our region, from the OECS and beyond, want to let it be known to the United States of America and indeed to the entire world that we stand firmly in solidarity with the family and friends of Botham Shem Jean, and with the Government and people of Saint Lucia in their demand for justice.”

Gonsalves said that the sub-regional grouping wanted to make “it clear that our small size or perceived ranking in global affairs should not lead to false assumptions or conclusions about the strength of our resolve and determination in the fight for justice.

“We are dismayed by the despicable attempts by some to smear the character of Botham Shem Jean, and call upon the authorities in the State of Texas and elsewhere in the United States of America to work to ensure that justice prevails in this matter,” he said.

Meanwhile, the funeral service was taking place here on Monday for Jean, an accountant who loved to sing and had confided to his uncle that he might one day want to be prime minister of St. Lucia.

Jean, who grew up on St. Lucia, attended college at Harding University in Searcy, Arkansas, so he could remain within a religious community while getting his education.

At Harding, he majored in accounting and information systems and graduated in 2016. He then went to work at the accounting and consulting firm PwC in Dallas.

3 replies on “OECS ‘firmly in solidarity’ with family of St. Lucian killed by Texas cop”