Two dead in yet another North Leeward accident 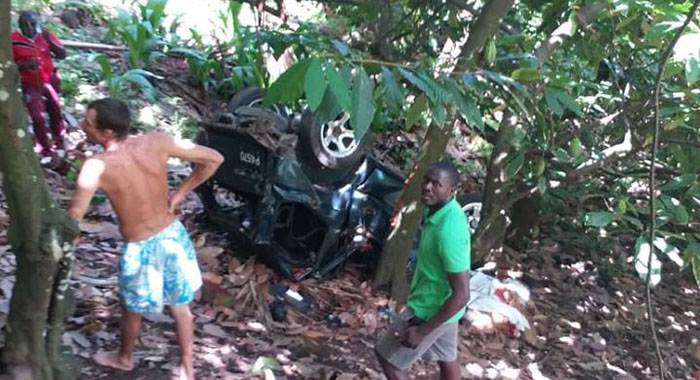 The scene of the accident in North Leeward.

Two persons — one male and one female — are dead and a further two in hospital after an SUV plunged over an embankment just before Gordon Yard in North Leeward Sunday morning.

The occupants of the vehicle are said to be residents of Lowmans Windward who are also members of the Spiritual Baptist Church.

Reports are that they were on their way to a thanksgiving service in Chateaubelair when tragedy struck.

iWitness News has received what is said to be the names of the deceased, but we are not disclosing them until we are able to independently verify them.

The Traffic Branch in Kingstown said that an Inspector of Police has been dispatched to the scene.

Several persons have lost their lives in North Leeward when vehicles plunged over embankments in the district, where the terrain alternates between steep hills and deep valleys.

Most of the deaths have been confined to an area in Coulls Hill where a section of the road became compromised as a result of the landslide triggered by the 2013 Christmas trough system.

15 replies on “Two dead in yet another North Leeward accident”