Talking sweet is not sweet talk 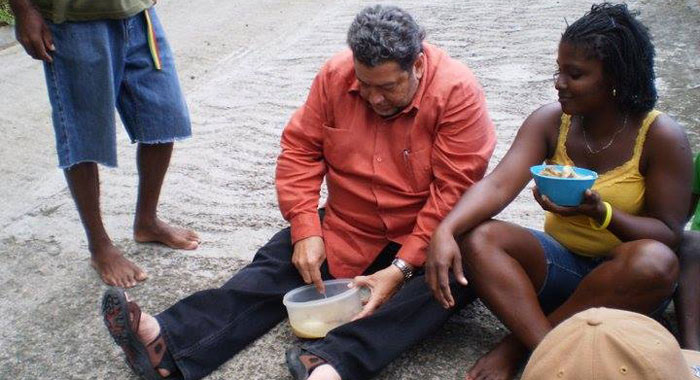 A red and yellow boil-up.

When I ran that by my wife she was like, “Huh? David Copperfield?”

I said, “Yeah, you know, the man who makes people and things disappear.”

She said to me, “Patrick, my dear, careful now, you are mixing your metaphors. When you mention “Beethoven,” and follow it with “David Copperfield,” people are going to think of the Dickens character.”

No darling, not I. This truck driver’s mind does don’t default to Charles Dickens straight off – or long off. But she’s right. Always two steps ahead.

So then, to be clear, man is metaphoring about the David Copperfield who makes people and things – and parties – disappear.

The NDP’s nemesis ain’t going nowhere soon; not till he good and dead. Not even in the next 20-whenever elections; whether or not he runs. After that speech, especially, I realize that taking government is mission impossible for the NDP. I think they take up croquet instead.

It wasn’t just that speech. It is the seventeen years of them; of listening Comrade’s guile and charm and to the NDP’s lack of them skills. It makes a mako difference where the “X” goes. Except for the forceful, immovable Daniel Cummings, the NDP is … is … I haven’t figured it out as yet.

Talking about the immovable. I, we, never got around to thanking Mr. Cummings for forcing the government’s hand, with his relentless haranguing, to do something about the reoccurring failure of the new Leeward Highway. The portion from Gibson’s Corner to the Botanical Gardens. The hydraulic engineer not only identified and explained the problem for then – he told them how to do a fix, too. They took their sweet time to kick into action to make it look like it wasn’t his doing. But it was.

There’s still work to be done and it is a little but not too late to say thanks.

3 replies on “Talking sweet is not sweet talk”