Places in SVG to be rid of colonial names 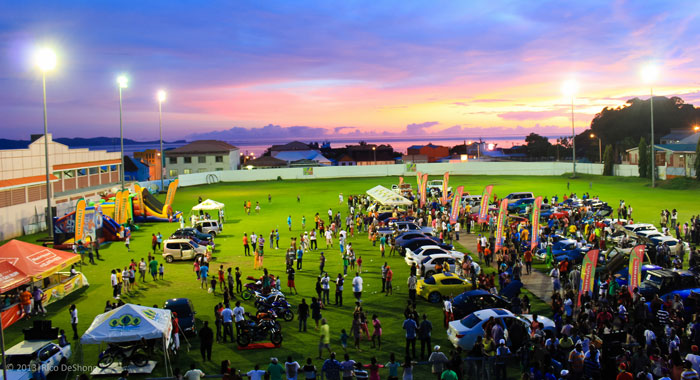 Prime Minister Ralph Gonsalves made the announcement at Victoria Park, seen here in this Rico DeShong/Flickr image. The park is named in honour of England’s Queen Victoria.

The Government of St. Vincent and the Grenadines will soon establish a committee on the remaining buildings, roads and parks, “to reflect the post-colonial condition of our people,” Prime Minister Ralph Gonsalves said in his independence address on Saturday.

The address was delivered at Victoria Park, a sports and recreation facility in Kingstown, named for Britain’s Queen Victoria.

“We all admit that it is high time to alter this particular naming which has been done in the past from colonial times,” Gonsalves said, days after the SVG Reparations Committee, in its independence message, called for places in SVG to be rid of their colonial names.

Gonsalves said: “On many of our streets and villages, we see the names of minor colonials that we call these places and these roads after them. Surely, we have come of age and we should be able to address this matter in a united way and move forward.”

In speeches earlier this year, Gonsalves noted that many places in SVG were named for colonial figures.

Meanwhile, in its Independence Message, the SVG Reparations Committee (SVGRC), which is headed by Speaker of the House of Assembly, Jomo Thomas, a former lawyer, called on the government to re-name the Victoria Park “with a name more befitting an independent country”.

SVG is celebrating its 39th year of political independence from Britain.

“Our history is replete with outstanding statesmen, women and symbols from which we can choose,” the committee said.

The committee further noted that the rewording of the Oath of Office for elected and high state officials now entrusts them to work for the people of SVG and upholding its Constitution rather than for the queen, her heirs and successors.

“The programme of renaming, reclaiming and renewal must be strengthened and given real meaning and life,” the committee said.

“Therefore, the SVG Reparations Committee is of the view that these flickers of conscious light must become a flame. The Independence anniversary celebration is a good time to rename the Royal St Vincent and the Grenadines Police Force to the SVG Police Service,’ it added.

The SVGRC said that it was also calling on the Gonsalves government “to move swiftly to do all in its powers to find ways to recognize and integrate our heroic Garifuna brothers and sisters in Belize, Honduras, Guatemala, Nicaragua and the United States in our cultural and national plans of development.

“The SVG Reparations Committee remains steadfast in the view that Independence and Reparations will remain empty slogans unless an untiring effort is made to lift the consciousness of people on all issues related to their history and place in the world.”