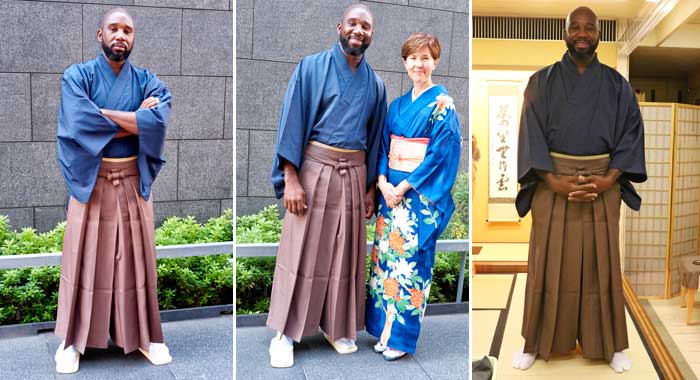 Executive Editor of iWitness News, Kenton X. Chance, was among five journalists from the Caribbean and the Pacific regions who participated in the 2018 Pacific-Caribbean Journalists Program in Japan in October.

They were joined by two Japanese journalism seniors who will take up media jobs when they graduate next march.

The journalists were introduced to a number of issues during the 10-day visit, which took participants to two islands and several cities in the Japanese archipelago.

These issues included Japan’s earthquake and tsunami warning system and how public schools have incorporated into their curricula lessons learned from the 2011 Great East Japan Earthquake and Tsunami.

The programme included site visits to areas in the Tohoku region that were devastated in 2011 and how they are recovering, and how regional news media covered the disaster and the lessons they learned from that tragedy.

The programme ended with participants participating in a Kimono-wearing and Japanese tea ceremony.

In the coming days, Chance will share his experiences and insights in a series of articles and videos.

On Monday, Nov. 5, World Tsunami Awareness Day, we will publish two articles, one focussing on lessons for St. Vincent and the Grenadines from Japan’s experience with earthquakes and tsunami (a Japanese word) and a tour guide whose trip around the city begins at a monument where the names of the tsunami and earthquake dead includes her father’s.

Also, in the series, you will find out which part of Japan is reminiscent of the Grenadines and what is transported via a US$2 billion four-mile-long underground tunnel. (It’s not people, produce, nor vehicles). And, “Kawasaki!” What comes to mind when you hear that word?

All of the articles, in addition to some focusing on policy issues that have already been published, will be available here.

The programme was sponsored by the Tokyo-based foundation the Association for Promotion of International Cooperation (APIC) and the private Foreign Press Center Japan.

11 replies on “Kenton in Kimono”