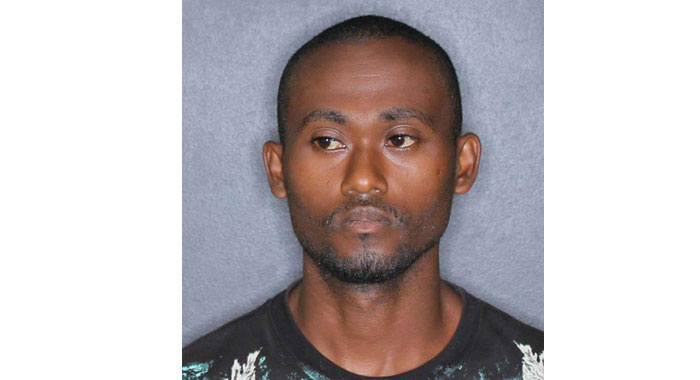 Convicted sex offender Eugene Noel will be sentenced on Dec. 7, 2018.

A former police officer in St. Vincent and the Grenadines, who was jailed for nine months for attempting to abduct a 15-year-old girl in 2013, will be sentenced on Dec. 7 on six counts of sex with a 12-year-old girl.

A nine-member jury returned a guilty verdict on Tuesday after a trial at the High Court in Kingstown.

Karim Nelson represented the Crown in the matter.

The trial saw the use of a provision under the Witness Special Measures Act, which prevented Noel, who represented himself, from cross-examining the virtual complainant directly.

Instead, the cross examination was done by a lawyer hired by the state to perform this duty on behalf of the accused man.

The court heard that Eugene was involved in a “relationship” with the child, a secondary school student, who he befriended after meeting her on the street.

Evidence led by the prosecution showed that the man boarded the same bus as the girl and kissed her during the journey after that first encounter.

He gave her a ring and a cellular phone so that he could remain in contact with her.

Noel had unprotected sex with her on three occasions, the first being inside the restroom of a fast food restaurant on the first day of school in January 2014.

He had sex with the girl multiple times on two other occasions, including on his birthday, Feb. 3, when he invited her to spend the day with him.

The presiding judge, Justice Bryan Cottle, ordered that a social inquiry report be prepared ahead of the Dec. 7. sentencing.

Noel, who had made bail ahead of his trial, was remanded into custody until his sentencing.

In 2013, the serious offences court jailed Noel for nine months after finding him guilty of attempted to abduct a 15-year-old girl.

The court heard that the girl and another friend were waiting for a van near C.W. Prescod Primary School, located near Frenches gate, towards the eastern exit to Kingstown.

They were on their way home from the Soca Monarch show held at Victoria Park, located towards the western end of Kingstown.

While the girls were there, a man came and identified himself as a police officer and one of them ran.

Noel held the 15-year-old by the hand and took her to the abandoned British American Building, located several hundred metres away.

The court heard that the girl escaped when Noel loosened his grip as he removed a condom from his pocket.

She made her way to the Peace Memorial Hall, located close to the area from where she was originally taken, and met a policewoman who came to her assistance.