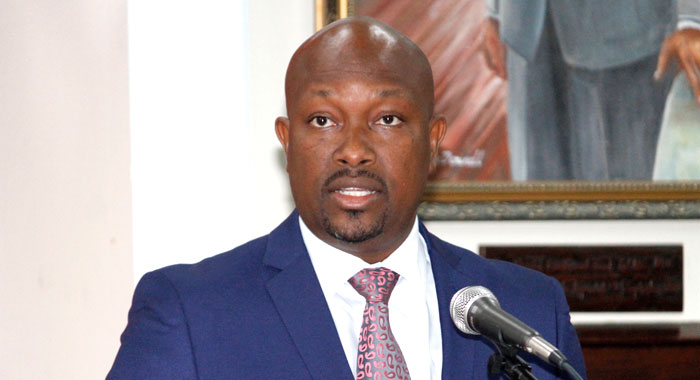 The government of St. Vincent and the Grenadines has postponed from this week to Dec. 10, the debate of the three marijuana bills that are being reviewed by a select committee.

“… we are still in the process of concluding the establishment of the legislative framework,” Minister of Agriculture, Saboto Caesar said in a Facebook Live question and answer broadcast Tuesday night.

The select committee is reviewing The Medicinal Cannabis Industry Bill, The Cannabis Cultivation (Amnesty) Bill, and The Permitted Use of Cannabis for Religious Purpose Bill, which Caesar presented to lawmakers on Sept. 7.

On Tuesday, the minister reiterated that the “major thrust” of his Unity Labour Party administration regarding the bills is the establishment of “a modern medical cannabis industry and that framework for an industry to thrive.

“We also have, importantly, a bill that speaks to the issue of amnesty and from a religious standing, in St. Vincent and the Grenadines, we have a thriving cadres of person who follow the Rastafarian faith and it is our intention to have it addressed by way of legislation to provide for the usage of cannabis as a sacrament within the place of worship.”

Caesar said the two “tiers” of the proposed medical marijuana industry is the production of medicine and scientific research.

“However, it is critical and important that as we address the issue of cannabis that we have a holistic appreciation of cannabis within our space.

“And currently, there are two bills that are being drafted by the Honourable Attorney General. One has to do with the Drugs Prevention of Abuse Amendment Bill and the other is the Rehabilitation of Offenders Bill.”

He said the overarching objective of the Drugs Prevention of Misuse Amendment Bill “is to create a particular space so that there may be a non-custodial sentence for particular quantities. “However, these quantities are not yet cemented and the matter is still being discussed and in St. Vincent and the Grenadines, I expect to see over the upcoming weeks a greater debate on these issues, as it pertains to the quantities,” Caesar said.

Last weekend, Senior Crown Counsel in the Office of the Director of Public Prosecution, Carl Williams called for the legalisation of cannabis.

“The future of cannabis in SVG will not be determined by any of these cannabis bills. The rapid pace at which cannabis legislation is moving globally will not allow this to happen,” said Williams, who in 2012, called for the decriminalisation of marijuana with a view to legalisation.

“Medicinal cannabis cannot sell every day, but what is called recreational marijuana sells every hour,” he said as he analysed the bills at an event organised by Sen. Kay Bacchus-Baptiste, an opposition lawmaker.

Williams said The Cannabis Cultivation Amnesty Bill will not succeed in removing the traditional marijuana growers from the mountains.

“No religious marijuana law will prevent communion from taking place in the backyard, in the hills or by the rivers,” he said in the speech in which he described the Permitted Use of Cannabis For Religious Purposes Bill as an infringement on Rastafari human right.

“There is no social justice in any of these pieces of legislation.  The intentions of Parliament are seen and known in the laws it makes.  Some believe that a different Parliament may have different intentions,” he said.

“The persecution and prosecution of indigenous people for marijuana possession must come to an end.  The Almighty takes down one and puts up another.  When I was young I heard a song which says ‘nobody knows what the future shall be’, but cannabis will be legalized in SVG in the very near future, either by a different Parliament or the present Parliament, if its intentions changes.

“The CARICOM Cannabis Commission has made certain recommendations to governments for decriminalisation and legalisation of cannabis.  These recommendations should be acted upon in the interests of the people,” Williams said.