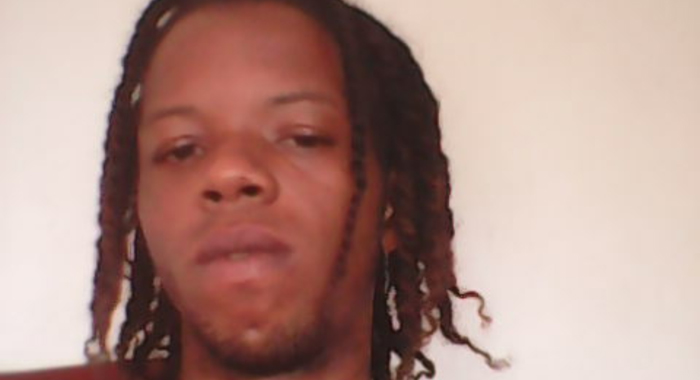 Police are treating as a homicide, pending autopsy results, the death of a man whose body was found on his farm in Layou on Saturday.

The dead man is Kevin Patrick who is said to be in his 20s.

His friend, Michael Joseph, with whom he farmed, speculated that Patrick might have met his demise because of things he had “witnessed” and altercations in which he had been involved.

Joseph and another friend went to look for Patrick after the dead man’s girlfriend told them that he had not come home Friday night.

His body was found on the farm, where they grow plantain, corn, ochro and other crops in First Land, located north of the petroglyphs.

Joseph told iWitness News that Patrick’s body had what appeared to be two bruises to the head.

He, however, could not say if they looked like gunshot injuries, as some persons have speculated.

The body had headphones in the ears, suggesting that Patrick might have been wearing them when he died.

Those same headphones are believed to have prevented Patrick from hearing, on Friday, when

Joseph was shouting to tell him that he (Joseph) was not going to the farm that day.

Joseph said he was trying to communicate that message to Patrick around 10 a.m. Friday, but later learnt that the man had been wearing earphones.

Joseph told iWitness News that he later learnt that Patrick had gone to the farm alone, a practice with which Joseph does not agree.

He said he had been watching cricket on television, but decided to join his friend in the mountains.

However, as Joseph was getting ready to leave his home, his daughter — a primary school student — came home, saying that there were no classes Friday afternoon and Joseph had to stay at home with her.

“If school nah bin over, me mighta come ah bush you know. But through school over, me stop fuh me daughter one time. Me done put on all dem clothes here,” he said.

“Is just T20 cricket end up and tek all me attention. Me delay, delay until school over half day and me ain’t come bush again. Me cudda be walking in, witnessing certain thing, and people duh wah lef’ witness. So instead ah one body, mighta be two bodies.”

Joseph said that he does not go to the farm on Saturdays because that is his “Sabbath, spiritually”.

He, however, said that Patrick’s girlfriend came by Saturday morning and said that he had not come home, neither had he slept at another friend’s house Friday night.

Joseph told iWitness News that he and that mutual friend decided to go to the farm to look for Patrick.

“David spot him before me, telling me look the man lie down yah so (here). After we ah call and he nah respond, we decide to go down and report it to the police. We nah go too close.”

Joseph said that he and Patrick had exchanged words in the past over Patrick’s going to the mountain alone.

“He supposed to come over by me and the two ah we come mountain together. We does still tek a chance and come up here me alone because me feel say me go well with everybody. Me nah ha’ no enemy; me and nobody never beef nor nothing.

“But he get in certain other incidents with other people already so he had to be more watching his back than me.”

Asked what kinds of incidents, Joseph, said it is a “long, long story, a whole heap ah thing”.

“Witness this and see this and who nah see from, who see and certain incidents that happen.”

He said that Patrick, however, never mentioned having been a witness in a court matter.

Joseph, however, told iWitness News that in principle, it is not a good idea for someone to go to the mountain alone.

“What if you have to get a cramp, a stroke? That’s why ye nah safe to come mountain by yourself. You always need somebody with yuh. You could chop your foot or something and can’t go down back.”

Joseph said that he and Patrick started farming together in August on land belonging to someone living overseas, who has given permission for them to farm there in an effort to contain the growth of brush on the lands.

And now that Patrick is dead in mysterious circumstances, Joseph said that he will seriously consider the opportunity he had to join the army or to work in Canada under the farm workers programme.