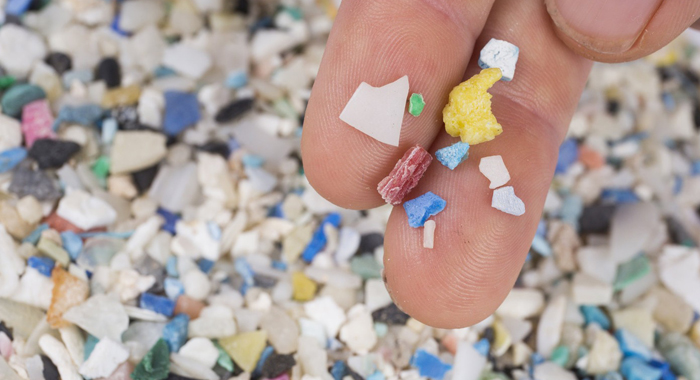 Single-use plastics refer to any plastic that is used once and then discarded, for example, plastic bottles, plastic straws, plastic bags, and plastic food wrappers. Humans have been using single-use plastics for many years because it is cheap to produce, highly durable in different conditions (against physical stress, transportation, handling, and stacking load), and it acts as a strong barrier against moisture, air, water, bacteria, and light.

With this “popularity” single-use plastics are having a negative impact on the marine environment because they are non-biodegradable, which means that they remain in the environment for a very long time before they break down. For example, a plastic bottle can take up to 450 years to biodegrade, while a plastic grocery bag can take up to 20 years.

When single-use plastics enter the ocean, they are broken down by wave action and sunlight into “microplastics”.  Microplastics are tiny particles less than 5 millimetres in size, which are worn down from larger particles such as bottles and bags, polluting the oceans. Microplastics are usually mistaken for food by marine animals and when consumed, microplastics block their digestive system, causing them to die.

In May 2018, a pilot whale died off the coast of southern Thailand with 80 plastic bags in its stomach and in 2015, in Costa Rica, a sea turtle was found with a plastic straw in its nasal cavity.  Luckily, a group of biologists rescued it.  In Indonesia, on Nov. 19, 2018, a sperm whale washed ashore dead and its stomach was found to contain 115 plastic cups, four plastic bottles, 25 plastic bags, and two flip-flops.

According to the United Nations latest report, more than 8 million tonnes of plastic leak into the world’s oceans each year. This is the equivalent of dumping a garbage truck of plastic into the sea every minute.

The report also went on to state that if nothing is done, by 2050 there would be more plastic than fish in the ocean. Therefore, countries around the world need to reduce their plastic consumption.

Here are some tips for the reduction of plastic consumption:

Countries around the world need to take drastic measures to reduce their plastic consumption. If this does not happen, soon we can expect a lot of marine animals to die from eating plastics, which could then lead to extinction of marine animals and also a loss of livelihood for fishers.