Speedy trial for man accused of threatening to kill witness 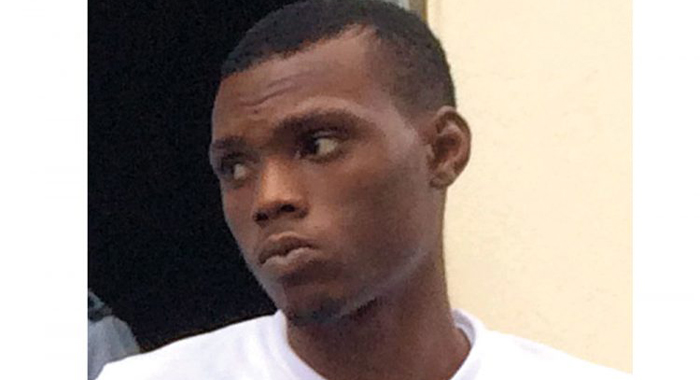 Keithon James will be tried on Friday on a charge of using threatening language to a witness in an attempted murder case.

James, 19, was brought before the Kingstown Magistrate’s Court, on Tuesday, where he pleaded not guilty to a charge that on Nov. 24, at Campden Park, he used threatening language to Gilmore John, to wit, “I will shoot you.”

Prosecutor Sergeant of Police Renwick Cato objected to bail for James, telling the court that that the defendant is on bail on an attempted murder charge.

Cato told the court that John, the virtual complainant in the threatening language matter, is a witness in the attempted murder case.

He said that although in St. Vincent and the Grenadines an accused person is innocent until proven guilty, the court must consider the words allegedly used.

Cato said that the Crown is fearful that if granted bail, James would carry out his alleged threat.

He further noted that it is a criminal offence to interfere with a witness in a court matter.

The prosecutor said that although “on paper, threatening language is a petty offence”, the court has an obligation to project law-abiding citizens.

After hearing Cato’s submission, Senior Magistrate Rickie Burnett said he was expecting the prosecutor to also say that they would be ready for trial within 48 hours.

Burnett asked how long the prosecutor expects the court to keep James in custody, if he is denied bail.

Cato said that in his opinion, the matter was a simple, straightforward one.

He said he wished the police had brought the complainant so that the matter could be disposed of.

“Then we will go to trial tomorrow,” Burnett said.

However, Cato said he was hoping for Thursday or Friday, adding that he thinks it is fair that the matter is heard this week.

Meanwhile, defence counsel Grant Connell said the problem is usually when the file “is in the channel” (from the police to Officer of the Director of Public Prosecution), but noted that in that case, the file was already before the court.

He said the difference in the practice in law in England and in the Caribbean is that in England, counsel is handed a brief on the way to a magistrate’s court.

“But these fishing hooks that they put out,” Connell said, holding up the charge sheet, “to ketch their fish and hold it up like a palang. That can’t be right.”

The magistrate ordered that disclosure be done that day, Tuesday, and scheduled the trial for Friday.

The magistrate, however, ordered that the accused remain in custody until Friday.

He, however, asked Cato, who was filling in for prosecutor Constable Corlene Samuel, to ensure that Samuel is ready for the trial on Friday.

“When she comes on Friday, I want her to tell me that she had a conversation with you and that she is ready for trial,” Burnett said.

Cato, however, said that on Friday he is not prosecuting at the Family Court, where he is normally based, and would come to the Kingstown Magistrate’s Court to prosecute the matter.