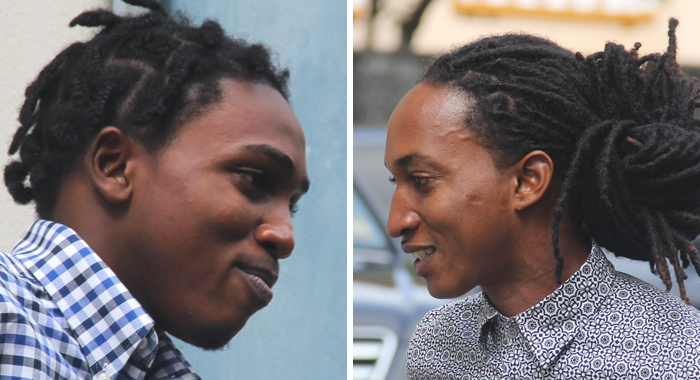 Two of three men brought before the Serious Offences Court this week have been denied bail on charges of attempted murder, firearm and ammunition possession, and discharging a firearm in public.

The men were also charged that with intent to discharge a firearm within 100 yards of the public road, to wit, Grenville Street, Kingstown, they did an act which is more than merely preparatory to the commission of the offence.

Senior Prosecutor Adolphus Delplesche objected to bail for Charles, who was already on bail on charges of wounding with intent and possession of a firearm, dating back to August this year.

Defence counsel, Jomo Thomas said he saw no reason why his client should be locked away, possibly for months, while waiting for a preliminary inquiry, at the end of which the court may very well rule that there is insufficient evidence to commit him to stand trial.

Richardson was granted bail in the sum of EC$40,000 with one surety. He was further ordered to report to the Central Police Station on Mondays and Thursdays between 6 a.m. and 6 p.m. and to surrender his travel documents.

On Tuesday, Seage John, of Rose Place, was brought before the Serious Offences Court on the same charges.

Delplesche also objected to his bail, telling the court that John is on bail, charged along with Kimron Peters, with robbery and possession of a firearm.

They are alleged to have committed the offences in September.

Delplesche further said that in November, John was charged with a similar offence.

The prosecutor said that while the court must observe the presumption of innocence, the same law that guarantees that presumption also gives the court the authority to protect the citizens of the country.

“Everyone has a right to live in peace here,” Delplesche said.

The magistrate denied bail for John.

John and Charles were remanded in custody until March 5, 2019, when the preliminary inquiry is slated to begin.